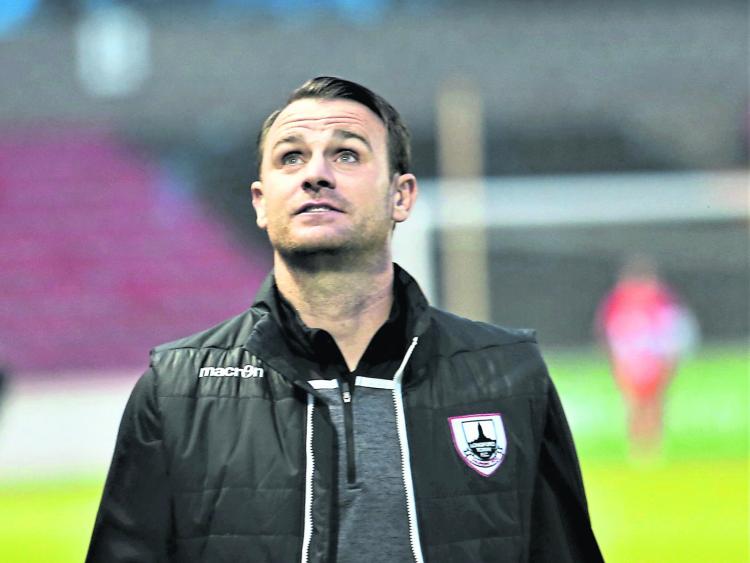 Showing a lot of character in recovering from the heavy defeat they suffered against Galway United the previous week, Longford Town got back on track in a crucial win over Cabinteely at Stradbrook on Friday night.

This excellent result cements Longford’s place in the promotion play-off positions and with their remaining fixtures at home to Cobh Ramblers (on Saturday week) and away to Wexford the quest for Premier Division football next season is very much alive.

Matthew O’Brien got the opening goal on 17 minutes with Rob Manley scoring from the penalty spot on 82 minutes and two minutes later the former Cabinteely striker was on target again to put the issue beyond all doubt.

The home side created some good chances throughout the game with Town keeper Lee Steacy pulling off a terrific save to deny Kieran ‘Marty’ Waters on 58 minutes.

Without injured players Sam Verdon and Dean Zambra, this was Longford Town’s first win at Stradbrook in three seasons and a big boost for manager Daire Doyle.