Longford Town need to bounce back against Cabinteely 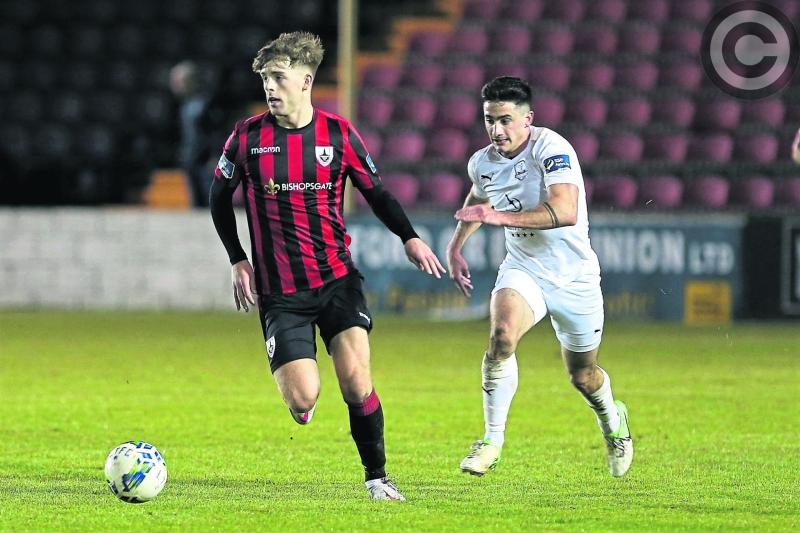 Longford Town are back in action in the Airtricity League First Division at Stradbrook this Friday night (kick-off 7.45pm) and need to bounce back with a positive result against fellow promotion rivals Cabinteely.

Cabinteely were top of the table for quite a while and then went through a very bad patch but got back on track with a vital 2-1 victory away to Cobh Ramblers on Saturday night last courtesy of a last gasp winning goal in stoppage time.

Pat Devlin is a very experienced manager who does his homework on the opposition and Cabinteely will be quietly confident of collecting three more valuable points in their quest to consolidate their place in the play-offs.

The clubs are currently deadlocked on the same number of points with Longford Town in third position due to a slightly superior goals difference over their Dublin rivals.

When the sides clashed at Bishopsgate Stadium in mid-August, Cabinteely cruised to a comfortable 3-1 win and took the lead after only 19 minutes through Zac O’Neill.

Kieran Marty Waters scored a second goal for the visitors and things went from bad to worse for the Town when they conceded a penalty after keeper Lee Steacy took down Waters in the box.

Kevin Knight made no mistake from the spot to make it 3-0 and while Longford were given a glimmer of hope with a goal scored by Joe Gorman in the 75th minute, that was as good as it got despite exerting a lot of pressure.

Last Saturday’s night performance in the 6-2 hammering by Galway United was a total embarrassment and one wonders how a team can be so bad in the second half after being so dominant in the first half.

Letting a 2-0 lead slip was hard to take and everyone in the ground looked on in disbelief as Longford suffered a total collapse in the second half.

Two goals from Marc Ludden, the first just before the break and the second early on the changeover, put Galway back on level terms and they were rampant for the remainder of the match.

A second half hat-trick from former Longford player Carlton Ubaezuonu and another from Wilson Waweru completed the demolition job in what was an unbelievable win for promotion contenders Galway.

Since former Cork City manager John Caulfield took over at Galway there has been a remarkable change in fortune and you can see a completely different attitude both on and off the pitch.

There is no place to hide after this outrageous Longford Town performance and it will be up to the manager Daire Doyle and his players to make sure it does not happen again in the last three games in the bid for a place in the promotion play-offs.

Dean Byrne, who has made a great recovery from a serious injury, did not feature in the game against Galway as he had a small problem with the old injury. Dylan Grimes is also out at the moment but Lido Lotefa is almost ready to return.

Cabinteely are always difficult opponents, particularly on their home ground, but the Town at their best are well capable of getting a win and hopefully that will be the case at Stradbrook on Friday night.