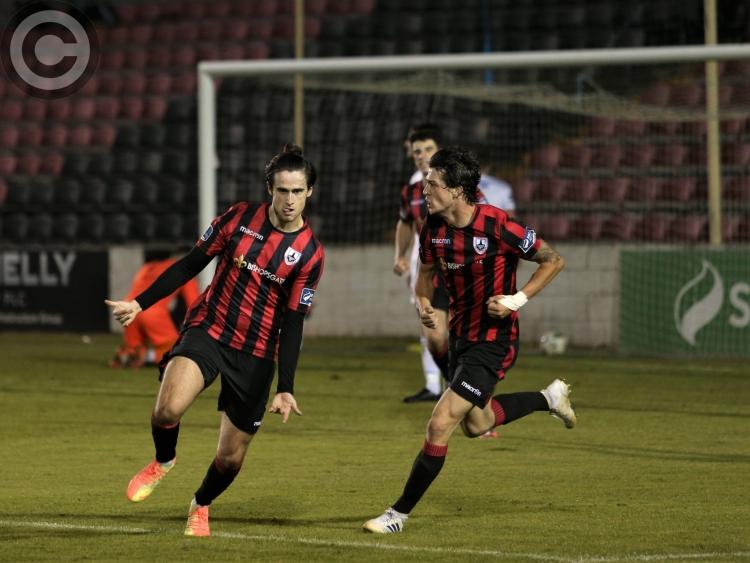 Longford Town bounced back from the bitter disappointment of defeat against the league leaders Bray Wanderers to register an excellent win over fellow promotion chasers UCD at Bishopsgate on Monday night.

The home side showed a lot of character in coming from behind to beat the students who took the lead in first half stoppage time when Evan Weir broke the deadlock.

Whatever wise words  manager Daire Doyle said at the break made the desired impact as the Town produced a strong second half performance to collect all three valuable points and thus consolidate their spot in the play-off positions with five fixtures remaining in the First Division.

It was a convincing display that pleased the Town season ticket supporters who were able to attend the game against UCD in compliance with the latest Covid-19 restrictions.