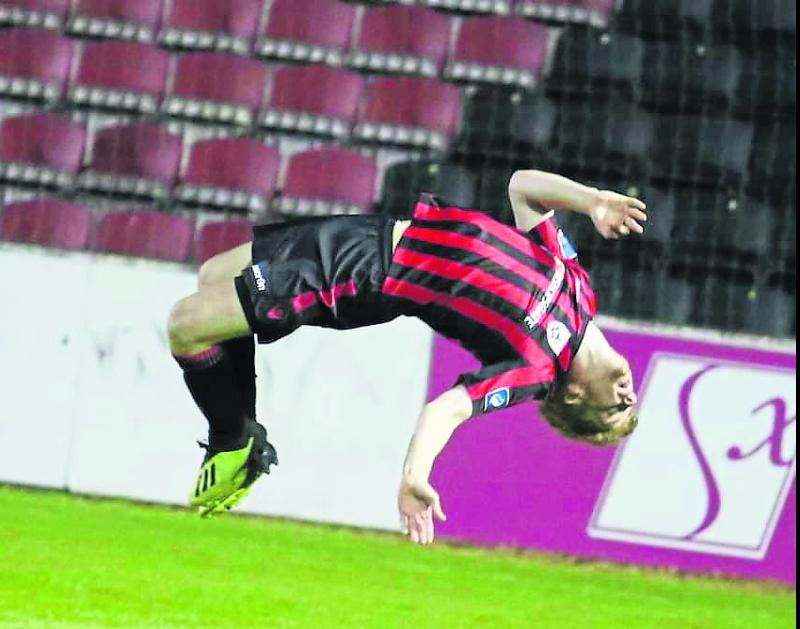 Longford Town are away to Shamrock Rovers II this Friday night with the First Division league game at Tallaght Stadium kicking-off at 7.45pm.

It's the start of the second series of games in the shortened season. It's sad to say that we all as supporters have to stay from our grounds as the powers to be are very tough on fans in all sports.

The fact that some very genuine supporters were not allowed to attend recent home games was disappointing, to say the least,  as only season ticket holders could gain admission to Bishopsgate Stadium.

Some of our stewards and turnstiles operators were so embarrassed to turn away people who have been attending Longford Town games since the club joined the League of Ireland back in 1984. We wish to extend our apologies to those fans and we hope that the ban on attendances will be lifted as soon as possible.

Getting back to football matters on the pitch, the Town are away again this Friday night and will need to be very wary of the challenge they are facing against Shamrock Rovers II.

Let’s hope that manager Daire Doyle can get the team back to the good form they were showing before the lockdown and the vital win over Wexford at Bishopsgate on Monday night was a step in the right direction.

There is no doubt that the loss of Dean Byrne was  a significant setback, out of action since sustaining a serious injury against Shamrock Rovers II in the opening game of the season back in February.

The great news is that Dean was back in action against Wexford earlier in the and his long awaited return is a big boost.

Last season Byrne scored the impressive total of 14 goals and he is a real quality player.

New striker Rob Manley was brought in to score goals and there is no doubt that the former Cabinteely player will start finding the net on a regular basis in the push for promotion to the Premier Division.

To date Shamrock Rovers II have played eight games in the current First Division league campaign  with a record of two wins, two draws and four defeats. They beat Wexford 2-0 at home and won 4-0 away against Athlone.

Their draws were against Galway United and Drogheda United, the latter an excellent result against the favourites to win the league title this season.

Usually when you are trying to preview a game and looking at the opposition a few prominent players spring to mind but it is difficult to assess the actual strength of Shamrock Rovers II.

Daire Doyle will be looking for some more positive results in the second half of the season, starting at Tallaght Stadium this Friday night, but Shamrock Rovers II under Aidan Price could prove difficult to beat, particularly as they can call on fringe players from the first team squad.