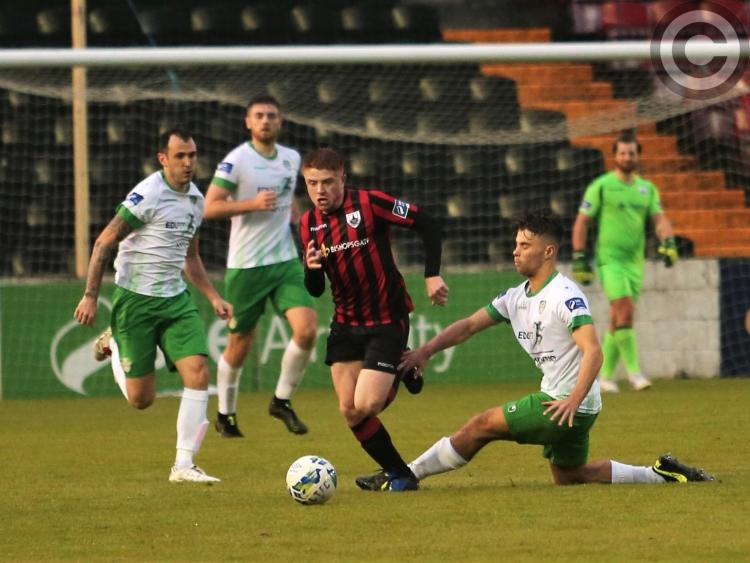 Longford Town face another long trip down south to Co Cork to play at St Colman’s Park this Saturday (kick-off 7pm) against a Cobh Ramblers side who sit in the bottom half of the table which is surprising as they have a decent squad of players who like to play good attacking football.

Last weekend they were away to league leaders Cabinteely and by all accounts they were so unlucky to lose 1-0 against the table toppers who scored the winning goal in the 77th minute through Shane Barnes who has replaced Rob Manley as their main striker.

Cobh were reduced to ten men when Pierce Phillips was shown a red card in the 88th minute and overall were unfortunate not to get a result but the performance was encouraging.

Like ourselves, Cobh are having a hard time playing two games a week since the return of football in the Covid-19 delayed season and the Town crashed to a very disappointing 3-1 defeat at home to table toppers Cabinteely on Monday night last.

With the games now being played behind closed doors due to the coronavirus crisis so many clubs are trying to survive with so many different fundraisers including our GOFUNDME fundraiser.

One player that Town fans have great respect for is keeper Paul Hunt who was one of the best players to wear the Town jersey. Paul had many good seasons here before he rejoined Cobh.

Ramblers have strengthened their squad this season and hit form with an impressive 4-0 win at home to Wexford on Tuesday night. So the Town will need to be very wary at such a difficult venue to get a result.

Longford Town travelled to Galway on Friday night last and came out of a very tough game with a 1-0 victory courtesy of a goal from substitute Aaron McCabe in the 82nd minute after coming on for Dylan Grimes in the 70th minute.

It was great for the young player from Lavey in Co Cavan who has come through from the Town U-19s to command a place in the senior squad.

It's great to see Karl Chambers getting some game time in recent fixtures as he has been a great servant for the club over the last few years with his versatility a big plus for manager Daire Doyle.

Dean Byrne continues his recovery from injury and his return will be a major boost for the Town management in the push for promotion.

Cobh Ramblers are a better team than their current league position suggests and the Town could be hard pressed to get a result at St Colman’s Park on Saturday evening.