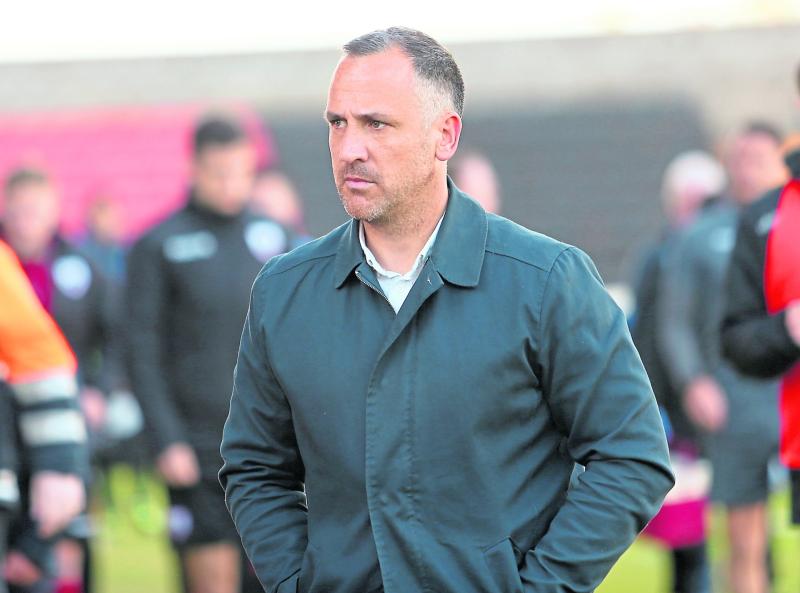 Former Longford Town manager Neale Fenn, now in charge of Cork City with the clubs clashing in the FAI Cup this Tuesday night

Longford Town will go to Cork hoping to upset the struggling home side in the first round of the FAI Cup at Turners Cross this Tuesday night, kick-off 7.45pm.

It is a reunion with former Town boss Neale Fenn, now in charge of Cork City who are currently bottom of the Premier Division and are looking very vulnerable at the moment.

Fenn is facing a big battle to keep Cork in the top flight and after losing five of their seven fixtures played so far in the league, the confidence level will be low going into the intriguing Cup game.

Veteran Mark McNulty is back in goals but when you look through the Cork squad there are quite a few players who graduated from the club’s under 17s and under 19’s.

Fenn has made a number of loan signings and City are still adding to their squad with some of them isolating after coming from the UK.

Keeper McNulty and defender Alan Bennett have vast experience at the highest level while Kevin O’Connor is back with the club after signing for Preston North End and he was subsequently loaned out to lower division clubs in the English League.

Town supporters will be very familiar with one player in the Cork squad, Dylan McGlade, who made a big impact during his two stints lining-out with Longford.

Graham Cummins, who played with St Johnstone in Scotland along with Waterford and Shamrock Rovers in the League of Ireland, and another experienced player Gearoid Morrissey could also feature in the Cup game on Tuesday.

There is no doubt that Cork have a strong squad of players, despite their poor position in the Premier Division, but Longford Town will go to Turners Cross quietly confident of springing a surprise.

The Extra.ie FAI Cup first round match will be available live on WATCHLOI so supporters can view the clash of Cork City and Longford Town at Turners Cross this Tuesday night, August 11, kick-off 7.45pm.

Season passes are just €55 for the entire season whilst match passes for each game are just €5.

Head to watchloi.ie now to buy your match pass.