Longford Town need a win at home to Athlone 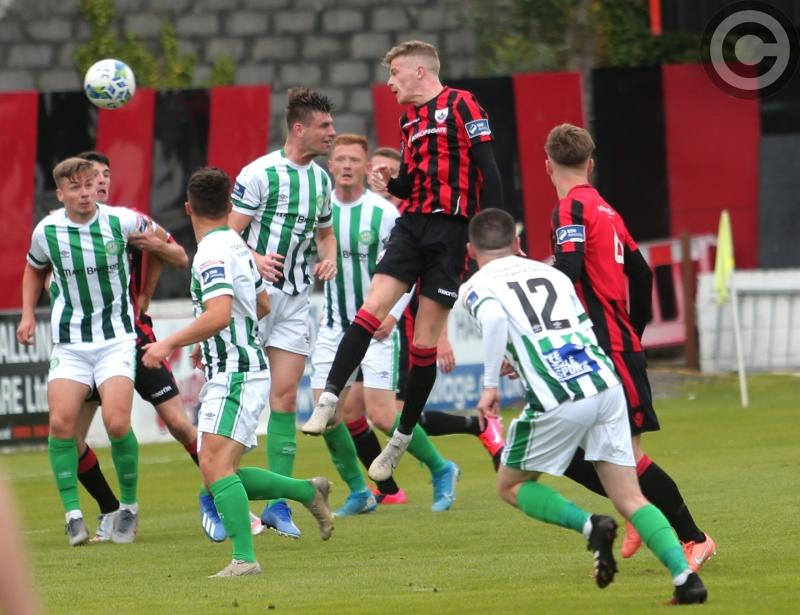 After playing two games last weekend Longford Town are facing into another busy schedule over the next few weeks with old rivals Athlone the visitors to Bishopsgate Stadium this Saturday night, kick-off 7.30pm.

Longford need a win in the wake of the bitterly disappointing 2-0 defeat at home to Bray Wanderers  on Monday night last.

The Town then make the long trip down south to play Neale Fenn’s Cork City  in the first round of this year’s FAI Cup with the intriguing clash at Turners Cross next Tuesday night, kick-off 7.45pm.

The quest for promotion in the First Division of the Airtricity League is very much the priority and Longford could and should have taken all three points in the scoreless draw against UCD at the Bowl on Friday night last.

Having said that, the students are a good footballing side who are well managed by former striker Andy Myler who has blended his young team into a fairly fluent outfit who will prove difficult to beat during the remainder of the season.

Loan signing Lido Lotefa made his Town debut against UCD and showed some nice touches but manager Daire Doyle opted for change when he introduced the exciting Dylan Grimes who posed many problems for the College defence.

Adrian Carberry is the manager of the new look Athlone team and he is well known in Longford during his time as a player with Athlone.

Carberry was a very good player and by all accounts he is a good manager who will undoubtedly progress Athlone into a team that could be capable of posing problems for the opposition in the First Division.

A 2-2 draw away to Galway United on Monday night was a very good result for Athlone and thus they will be heading to Longford in a fairly confident frame of mind.

This year’s battle for the league title is going to be very tight with Cabinteely currently sitting on top of the table. Shamrock Rovers II had a very exciting 2-2 draw against the highly rated Drogheda side last weekend, coming from 2-0 down to get a result.

Athlone have a strong  midlands influence in their team as manager Carberry would have a big knowledge of football in the region following his development work with the FAI.

Ronan Manning is a very good player who can make his presence felt in the midfield sector while former Cork City and Shamrock Rovers player Joel Coustrain will also feature in midfield.

On loan from Dundalk is American Taner Dogan who will gain some experience with Athlone while former Wexford player John Morgan will line-out in the attack while they also have Dean George and Jack Reynolds.

One thing is sure is that there are no certs in football and  the eagerly awaited midlands derby on Saturday could be tough for Longford with many close encounters between the neighbouring clubs over the years.

Since 1924, Longford Town FC has had its ups and downs, but have a proud history and heritage. Our story starts from the Leinster Senior League to being elected to the League of Ireland in 1984.

From the trailblazing revolution of Stephen Kenny to our adventures in Europe and our Cup winning exploits, we have punched above our weight.

The LTFC Supporters' Club are at the forefront in raising funds for the club as well as helping out deserving causes in the community such as presenting boxes of Easter Eggs to the Longford Ambulance Service and presenting food to staff of St. Joseph's Care Centre in Longford.

However, due to COVID-19, and the loss of vital matchday revenue as well as our car boot sales, we are calling on our supporters at home and abroad to help us in any way possible. Donations will be given directly to Longford Town FC to help with the costs of running our club, senior teams and underage teams and there has been a tremendous response to the gofundme appeal so far.