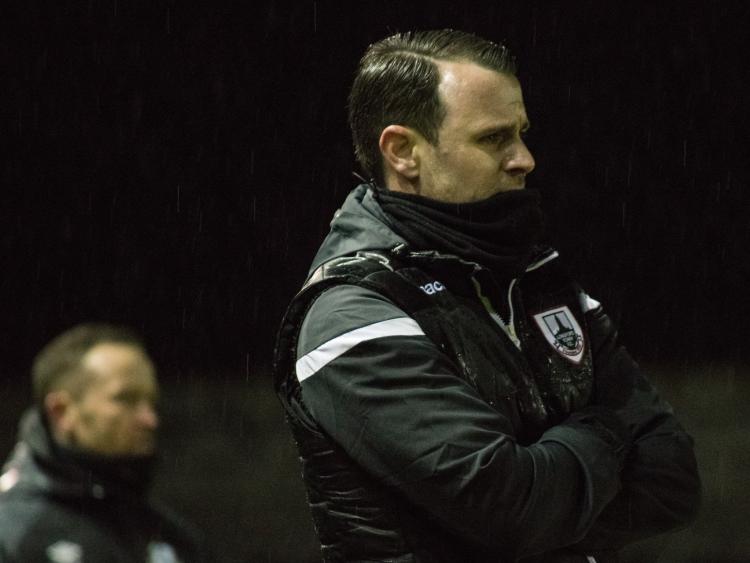 On this Bank Holiday Monday, August 3, at Bishopsgate (kick-off 7.30pm), Longford Town take on a new look Bray Wanderers side and hoping for a home win.

In their opening fixture this season, Bray lost 4-2 against Cabinteely at Stradbrook who are managed by the former Wanderers boss Pat Devlin.

Former Town player Gary Shaw scored for Bray on the hour mark and Watson added the second in the final minute.

Bray beat Wexford 2-0 at the Carlisle grounds to collect their first league points. Moran scored in the final minute to add to their 28th minute opener from Gary Shaw.

There is no doubt that this Bray side will be hard beaten as they have a lot of experienced players in their squad.

Defender Aaron Barry has joined the Bray club from Cork City. Another defender John Ross Wilson was signed from Shelbourne along with former Cabinteely players Jack Watson and Luke Ryan.

A lot of people could not believe it when local favourite, defender Hugh Douglas, left the club to join Drogheda United while former Town player Dylan McGlade left for Blyth Spartans.

Bray are always difficult opponents with a well balanced squad and no doubt their manager Gary Cronin has his eyes on promotion.

Paul Keegan is their main man in midfield, having lots of experience here and in England, even if he is 35 years old. A great battle is in store at Bishopsgate this Monday night against Longford duo Dean Zambra and Aodh Dervin.

There is no doubt that a close encounter is in prospect  and all the Town supporters will be hoping for a win  as the battle continues  for the First Division title.

Last season the Town played Bray three times in the league. In the first meeting at home Longford won 2-0 with Mick McDonnell and Peter Hopkins scoring the goals.

The second meeting at the Carlisle grounds was a real cracker which ended 3-2 in favour of Bray.

Dean Byrne and an Nolan OG accounted for the Town goals while late, late goals from Cantwell (88 mins) and Douglas (in the fourth minute of stoppage time) saw the home side snatch a very fortunate victory.

The third meeting in Longford ended 2-1 to the visitors. Dean Byrne gave the Town the lead after ten minutes and Martin equalised on the stroke of half-time.

The game ended in controversy as two Town players received red cards with Karl Chambers and Anto Breslin sent-off and the visitors were awarded a controversial penalty which was converted by Williams for the winning goal.

Daire Doyle will be hoping his team can collect the maximum three points from the game against Bray and close the gap at the top of the First Division table which is currently occupied by Cabinteely.

The Town will have to start without Dean Byrne who thankfully is making great progress from the serious injury he sustained against Shamrock Rovers II in the opening game of the season.

Manager Doyle has made a very shrewd signing in getting the impressive Lido Lotefa who is joining Longford on loan until the end of the season.