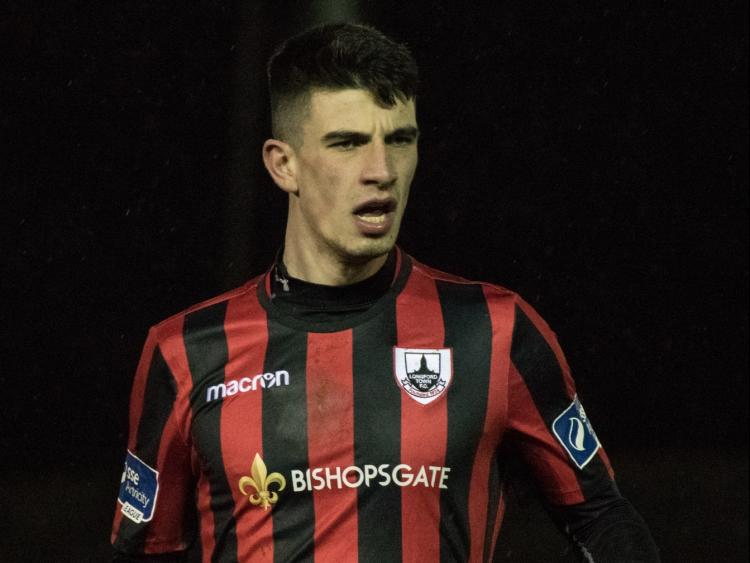 After almost five months out of football due to the coronavirus pandemic, Longford Town - like all the other clubs in the Airtricity League - restart the 2020 season with a glut of games over a month when teams will play at least eight fixtures.

While everyone is delighted that some of the lockdown restrictions have been lifted, one wonders if the football will be the same as it was at the end of February when Longford were last in action with a brilliant win away to Drogheda United.

When the clubs got the go ahead to resume matches some weeks ago, most players had to go through pre-season training for the second time this year and all the squads must be really looking forward to getting out for competitive games, rather than friendly fixtures.

Longford Town are kicking-off against UCD this Friday night at the UCD Bowl (kick-off 7.45pm) in a game that should have taken place on Friday March 13.

UCD are in the First Division this season due to a poor run in the Premier Division last season that ended in relegation and continue to be a feeder for the bigger clubs over the years with the departure of their best players.

The loss of Collie O’Neill who got them promoted is undoubtedly a big downer for everyone in the UCD club but they moved swiftly to appoint the very experienced Andy Myler as their new manager.

Myler was a very highly rated striker during his playing days and he will undoubtedly pass on his experience to the very young squad he has inherited. In his football career Andy scored a very impressive 131 goals in the League.

Like every previous season the College team lost some very exciting players who were transferred to the bigger clubs.

UCD always have a supply route due to the club’s scholarship scheme and that was proven last season when Jack Kearney and Liam Kerrigan both joined from Sligo Rovers and former manager O’Neill built the team around those two players.

Current UCD boss Myler thinks he has a great player in new striker Colm Whelan who joined the club from Waterford.

As the league table stands at the moment, UCD have four points from three games played. In the opening game of the season in Wexford, the students came away with a point in a 1-1 draw.

Colm Whelan gave them the lead early in the first half but Wexford fought back with an equaliser from Colm English in the final minute of the game.

In their last game before the Covid-19 lockdown, UCD travelled to United Park and were given a footballing lesson by a rampant Drogheda side who cruised to a 5-1 victory. Liam Kerrigan scored a consolation goal for UCD in the 65th minute.

The Town could be in for a hard game against a very energetic College team but if Daire Doyle’s side produce their true form then the vital three points will be there for the taking but there is no room for complacency.

In accordance with government, HSE and FAI instructions only 200 persons will be permitted to attend this fixture. This includes all participants, team members, medical and ground staff, media, club and match officials and spectators.

Therefore the only spectators permitted to enter the ground will be verified season ticket holders. No walk-ins will be allowed.

Season ticket holders should register their intention to attend by emailing their details including contact tracing details to officeltfc1924@gmail.com

COVID-19 Social Distancing and Sanitation Protocols will be mandatory and all persons attending must give their name and phone number for contact tracing purposes. Social distancing must be observed by all and as a general rule there must be three empty seats between spectators and every second tier will be unavailable. Certain other areas will be unavailable to the public as these will be required for team purposes.

Media access is reduced and is strictly limited to FAI accredited journalists and photographers on a first come, first served basis through the usual channels and must be confirmed by the club.