SSE Airtricity League back in action this Friday 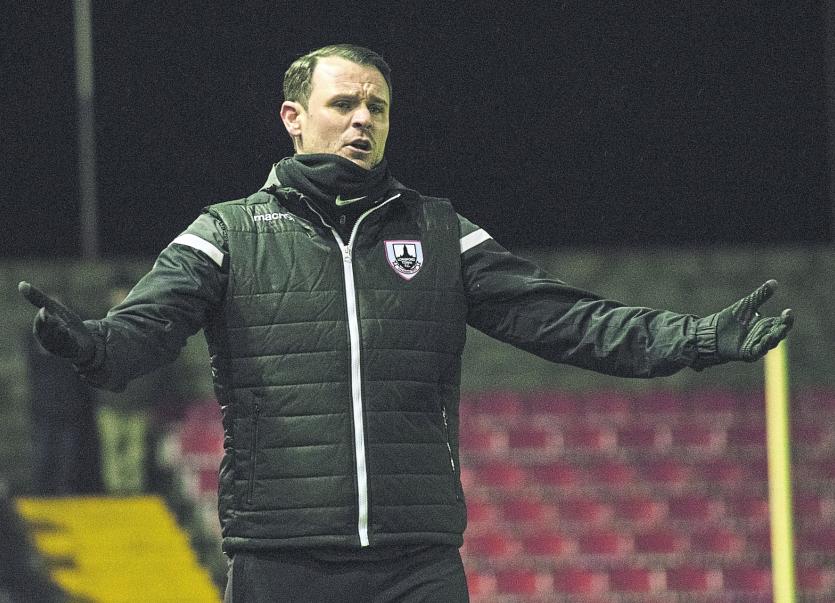 When Longford Town defeated Drogheda United back on Friday the 28th of February, manager Daire Doyle never thought they would have to wait five months for their next game in the First Division of the SSE Airtricity League.

With games being cancelled due to the weather first and then Covid-19, it was a waiting game for Longford Town. Doyle had to make sure the players put in the work both individually and as a group.

He said: “At the start you were led to believe it was going to be a short break and then it turned into a more or less a four month break. At the start we had programmes. They were getting loads of work done.

“Then we had to tone it back a bit. We didn’t want them burning out because we didn’t know when we would be back.

“When we got the green light at the end of June that the season was going to restart, it was a case of getting everyone together; strength and conditioning sessions and mobility and core.”

It was a very much a group effort for Doyle and his staff: “I’m lucky that I’ve a great group of staff around me; people I can trust and talk to. We handled it well. It was important to be in contact with everyone and we have come out of it pretty strong.”

Although Doyle is delighted to be back he is also well aware of how serious the virus is and how football comes second.

“I couldn’t wait to get back. On the same side of it, when the whole thing happened at the start you didn’t know what the coronavirus was or how serious it is.

“Then you know of people who have passed away and get sick. You are thinking if we can’t get this under control there is no point in us coming back. Lives are more important than football at the end of the day.”

One positive from the lengthy break is the return of Dean Byrne. The influential player sustained a serious ankle injury in the first game of the season against Shamrock Rovers II. Byrne’s recovery is going very well.

Doyle said: “He is back and has done an awful lot of work himself. From the medical point of things the club have looked after him really well.

“The last couple of weeks he has been joining in the sessions, the first 20 minutes of warm-up. He is stepping it up gradually. Hopefully in a couple of weeks time he’ll be back in training with the group.”

The Airtricity League restarts this Friday night with the Town away to UCD and Doyle has been happy with preparations ahead of that game.

The games are coming thick and fast when the league resumes:

Doyle has brought in forward Lido Lotefa from Dundalk on loan. He is happy with the squad of players at his disposal and the target remains the same; promotion.

“The lads know what we want to achieve this season and what we have come back to do. From that point of view nothing has really changed. The goal and target is still the same. I’m really happy with the squad and the competition for places on the team.”