Longford Town restart season away to UCD on Friday July 31 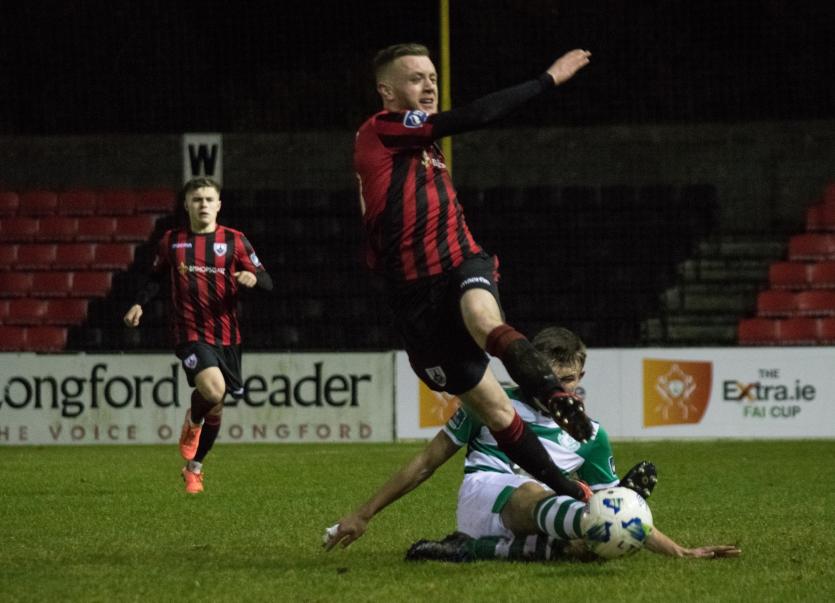 Dean Byrne pictured in action for Longford Town against Shamrock Rovers II in the opening game of the season at Bishopsgate back in February Picture: Ken Keenan

The remaining fixtures for the truncated SSE Airtricity League 2020 season were released on Monday evening with Longford Town back in action against UCD at the Belfield Bowl on Friday, July 31.

The season is set to restart after the COVID-19 pandemic postponed all football activities in March, at which stage Longford had won their opening two fixtures in the First Division at home to Shamrock Rovers II and away to Drogheda United.

The Round 3 fixture at home to Bray Wanderers, postponed back in March due to a waterlogged pitch, has been rearranged for Bishopsgate on the Bank Holiday Monday August 3, kick-off 7.30pm.

The remaining fixtures for the truncated 2020 season will be two rounds of matches in total, including games played to date, and promotion/relegation as scheduled at the start of the 2020 season.