Longford Town bid for another win at home to Bray Wanderers 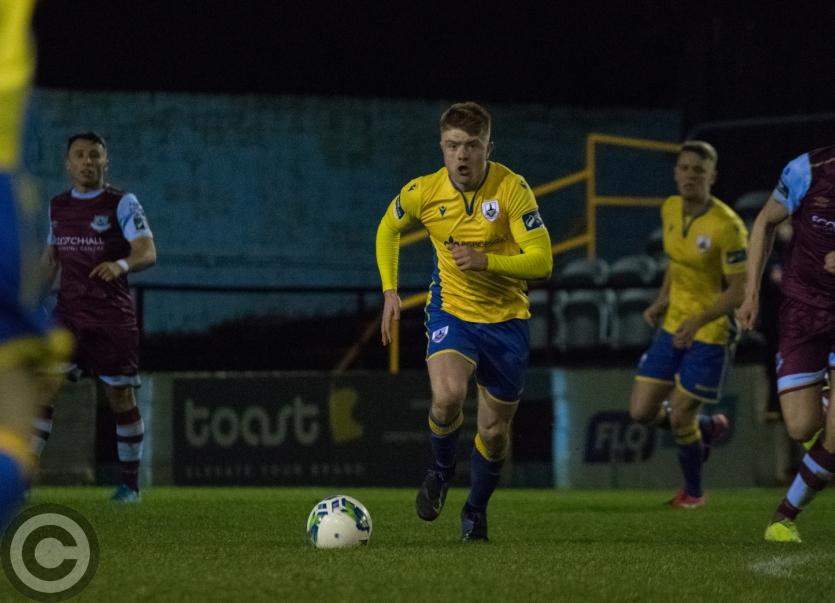 Cronin is really only finding his feet in his new job and no doubt he will receive a great Longford welcome when he comes out on the pitch on Saturday evening. Gary was a very popular man here as a player and in management and he has settled in very well in the Carlisle Grounds hot seat.

Last season Bray just finished outside of the promotion play-off positions as they finished the season in fifth. If they can finish this season in the same position it will be good enough to get a play-off spot.

There has been some changes in personnel at the Carlisle Grounds since the end of last season as manager Cronin tries to put his mark on his new look team. There were a few players leaving and some of them raised a few eyebrows.

Defender Hugh Douglas has departed from the club and has joined a promotion rivals Drogheda and the big defender may be a big loss for Bray as they chase a return to the Premier Division.

Former Town players Dylan McGlade and Richie Purdy are no  longer with Bray while Dean O'Halloran and Sean Heaney also seem to have left the club.

On  the plus side manager Cronin has added two former Town players to his squad and both played at the weekend in the 2-0 victory over Wexford at the Carlisle Grounds.

Former Town striker Gary Shaw scored some fantastic goals for Longford and he has started very well this season for Bray, scoring in both games against Cabinteely and Wexford.

Another former Town player Tristan Noack Hoffman will need no introduction and the Arva lad is now playing with Bray.

The arrival of experienced defender Aaron Barry should make the Bray defence very solid unit and the signing of JP Wilson could also be a big help to Cronin as his club chase a return to the top flight.

The arrival on loan of Ryan Graydon from Bohemians is another shrewd bit of business as there has been great compliments paid to this young exciting prospect. Derek Daly and Paul Keegan give Bray a serious bit of experience in the midfield and they will be a tough test for our midfield men.

Keegan has a great CV having played at the highest level both here and also across channel where he played with Doncaster Rovers.

The fact that the Town have two wins to date means nothing if we aren't going to do the job on Saturday night and keep the good run that has us in second place (on the same points as Cabinteely).

Last season we also had a fantastic start to the League campaign and we hope to see the current good run extended on Saturday night next.

The Town had a very good and hard earned victory over Drogheda United at United Park on Friday night. It may have been backs to the wall for a period but grinding out results is what successful teams do as they chase promotion.

The Town went into Friday's game minus the services of last year's top scorer Dean Byrne who picked up a very bad injury in the game against Shamrock Rovers II.

Dean was replaced by Adam Evans who acquitted himself well against a very strong and experienced Drogheda defence.

Mick McDonnell thankfully returned to the starting eleven after missing a lot of preseason training due to injury. The return of Mick has seen Dylan Hand  move to left full with Aaron McNally on the bench.

When you look at the bench this year one can see that the Town have a lot of strength in depth which is required if the club hope to be chasing honours.

There is no doubt that the loss of last year’s top scorer Dean Byrne is a big loss for the Town.

The signing of Rob Manley this season is a massive striking boost and we can expect lots of vital goals from the former Cabinteely player as he has the knack of scoring against all opposition.

The fact that Daire Doyle can bring in substitutes with  a high calibre means that the team have serious squad strength.

Next Saturday night's game will be difficult as Bray have always been a tough nut to crack and this season should be no different.

Last season the teams met three times in the league and Gary Cronin's squad have shaded the meetings by winning two and the Town only had one victory.

The first meeting between the clubs was in mid April at City Calling Stadium, and on that occasion the Town were victorious on a two nil scoreline. Mick McDonnell and Peter Hopkins were the goal scorers.

The second meeting between the clubs took place at the Carlisle grounds and this was a real smash and grab job. Derek Daly gave the visitors the lead in the 5th minute but Dean Byrne got the Town back on terms on the half hour mark and five minutes later the Town went ahead when the unfortunate Luke Nolan put through his own net.

The Town were in control for most of the match but disaster struck in the final minutes of the game. In the 88th minute central defender Killian Cantwell finished well when he ran on to a Paul Keegan flick to level the game.

Hugh Douglas, who only came on as a late sub in the 88th minute, scored a late late winner in the fourth minute of injury time when he headed past Lee Steacy. to give the home side an unbelievable 3-2 victory.

The final meeting between the clubs in mid Sept was at City Calling Stadium and the visitors came out on top in a 2-1 victory. The Town were minus the services of influential midfielder Aodh Dervin who had to sit out this game through suspension.

Looking back on last season the Town would need to be on their guard against a Bray side that is well managed by Gary Cronin.