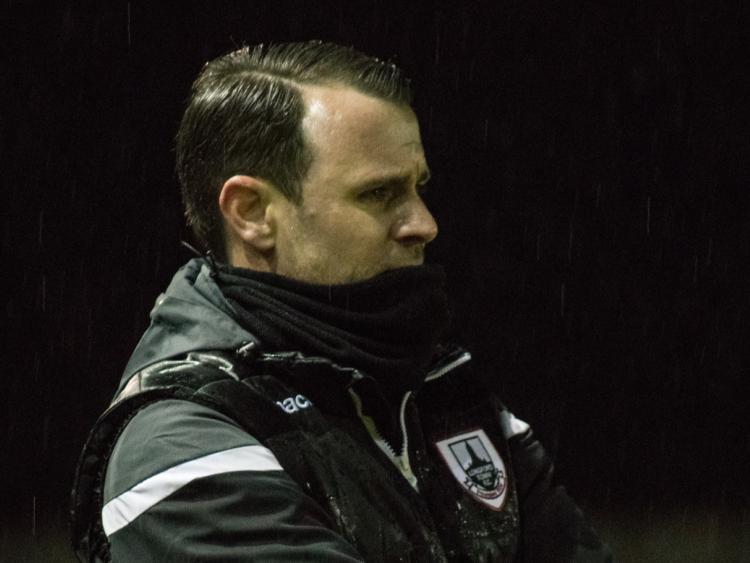 The home side dominated most of the game but just couldn’t score. Right at the end of the game Steacy pulled off a terrific save to deny Chris Lyons a last gasp equaliser.

Longford Town bossed the early possession but failed to really test Drogheda keeper David Odumuso but the deadlock was broken in the 21st minute. A Dylan Grimes cross from the right wasn’t dealt with properly by Odumuso and Sam Verdon slotted home from close range.

As the first half progressed Drogheda piled on the pressure as they tried to carve out an equaliser. Lee Steacy saved from Jack Tuite’s header in the 39th minute and two minutes later the Town netminder pulled off an excellent save to deny Luke Heeney.

Drogheda started the second half strongly. In the 48th Richie O’Farrell headed over the bar and six minutes later Steacy pulled off a brilliant save to deny Mark Doyle what looked like a certain goal.

In the 76th minute Drogheda were reduced to 10 men when substitute Brandon Bermingham was sent off after receiving a second yellow card. In the 80th minute Dylan Grimes cleared Chris Lyons’ low drive off the line.

In what was far from a robust game, Longford Town had six players booked by rather fussy referee Alan Patchell. The visitors created very little in the second half but had a chance in the 88th minute after some good work from Grimes but Odumunso saved.

Drogheda kept pressing and right at the end Lyons looked like he would earn his side a draw but Steacy made a fantastic save to keep his net intact in a man of the match performance.