Drogheda United away is a big test for Longford Town 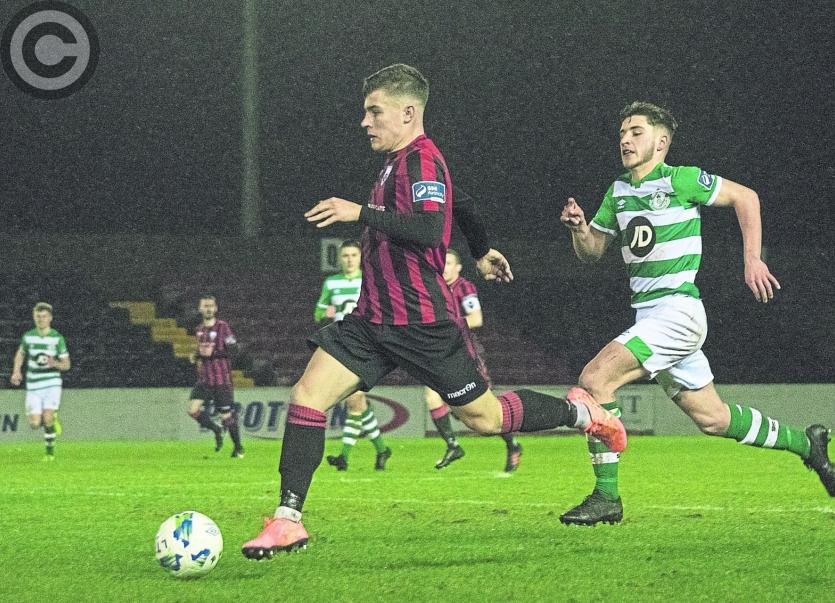 The Co Louth club are generally regarded as the favourites for this year's First Division title and were one of the best teams in the league last season when they finished second in the table.

Drogheda beat Cabinteely in the second of the First Division play-offs to reach the promotion/relegation final which they lost to Finn Harps who were second bottom in the Premier Division.

Drogheda have been in the play-offs over the last two seasons and that will undoubtedly be a big plus for manager Tim Clancy and his squad. Tim retained a big proportion of last season’s squad but he also made some very shrewd signings for the new season.

Derek Prendergast, who won promotion with Shelbourne last season, has joined Drogheda and he is one of the best defenders in the First Division for many seasons and a big time player who knows how to win games.

Jack Tuite, who was one of the stars in defence for Cabinteely, has also joined Drogheda and he was rumoured to be going to some Premier Division sides at the end of last season.

Another top defender Hugh Douglas was unbelievably released by Bray Wanderers and he has also joined the Clancy revolution at United Park.

He didn't start last Saturday night in St Colman's Park where Drogheda came away with a very good 2-0 win against a good Cobh Ramblers side.

Richie O'Farrell has joined Drogheda from relegated UCD and he is a very highly rated midfielder who had many clubs chasing his signature.

Their other new signing is David Odumuso who joined the club from neighbours Dundalk and he got his start in goal as Luka Gratzer is currently injured and manager Clancy gave him the nod ahead of Ross Treacy who was on the bench.

Drogheda's new keeper made a few good saves late on but former Town keeper Paul Hunt was the busiest on the night in the Cobh goal.

There is no doubt that Drogheda are the team to beat this season in the chase for a place in the Premier Division but this is going to be a very competitive season in an exciting year for the First Division after weeks of not knowing what was going to happen.

One has to say that the happenings left a lot to be desired and it was left to the last few days for the powers that be up in Abbotstown to make decisions which is a complete farce.

The issuing of licences at the last minute was a total disgrace and this shows that the overall running of the league is a complete shambles and action will have to be taken up in head office to ensure that the likes of this will not happen again.

The fact that Cork City only got a licence at the last minute proves that football in this country is struggling to say the least. In a soccer/sports mad city it's hard to believe that this could happen.

Nobody wants to see clubs in trouble and it should be a wake up call to all clubs, let's hope that Niall Quinn can bring stability to football in Ireland.

It was great after all the uncertainty that we had a game to go to on Saturday night at the newly named Bishopgate grounds against Shamrock Rovers II and our supporters had something to shout about after an emphatic win in the end.

This was not a Saturday night stroll in Bishopsgate as Aidan Price’s Shamrock Rovers ‘B’ side gave a good account of themselves.

One has to congratulate the ground staff on having the pitch in such good condition after such inclement weather in recent weeks.

Sean Brennan, who played for the Town last season when he was on loan from Southampton, started in midfield alongside Kavanagh and both did well for Rovers ‘B’.

The Rovers captain on the night Darragh Nugent is a no nonsense midfielder who got a yellow card and how he stayed on the pitch for persistent fouling was very questionable.

Daire Doyle's first selection of the season showed quite a few surprising inclusions and one has to say that it was refreshing to see a very youthful starting eleven. The fact that regulars from last season have now departed meant that Daire Doyle gave league debuts to four players while two others came off the bench.

Joe Gorman, Dylan Hand and Aaron McNally all started in the defence. With Conor Kenna and Anto Breslin gone, Gorman and McNally slotted in very well and Dylan Hand impressed in the centre alongside Gorman in the absence of Mick McDonnell.

Last season's First Division top scorer Rob Manley made a scoring debut and he showed that he will cause many problems for opposing defences during the coming season. His goal in the 52nd minute was very well taken and the excellent cross from Shane Elworthy was one of many during the game.

Aodh Dervin had a tremendous game and his goal in the  23rd minute was an excellent strike that gave keeper Pohls no chance from around twenty yards.

One has to say that it wasn't all one way traffic during the game as Rovers ‘B’ struck the woodwork twice in the second half.

This was a workmanlike performance by all 14 players used and when you looked at the bench on Saturday night you would see that we have strength in depth and cover for all positions.

The only downside on Saturday night was the bad ankle injury picked up by last season's leading scorer Dean Byrne and we all wish him a speedy recovery.

The game at United Park on Friday next will give Daire Doyle an idea how his team are shaping up and it will be a much tougher examination for the Town's new look team.

Last season Longford played Drogheda three times, twice at City Calling Stadium and once at United Park. This season it will be the reverse with one home game and two away games.

The Town had the bragging rights last season winning all the fixtures. They were at home for the first game in the first weekend in March and the game ended 3-0.

Dean Byrne gave the Town the lead on 62 mins and Aaron Dobbs doubled our score in the 83rd minute and substitute Peter Hopkins scored the third in the 91st minute with a stunning strike from around 25 yards. The second meeting in United Park took place in the first week of May and this was a very close encounter that ended 1-0 to the Town. Aaron Dobbs scored the match winner just on the stroke of half-time.

The final meeting between the clubs was played in mid July and that game ended 2-1 to the Town. Stephen Meaney gave the visitors the lead after 32 minutes but Dylan Grimes scored the equaliser 6 minutes later to put the Town level going in at half-time.

Sam Verdon was the Town hero in the 85th minute when he scored a cracking goal for the Longford winner.

Looking at the Drogheda squad, we know we have a big battle on our hands but this new look Town team are very capable of going to places like Drogheda and coming away with a result.

A big crowd is expected to travel to United Park on Friday and we ask our supporters to really get behind the team in this vital game.