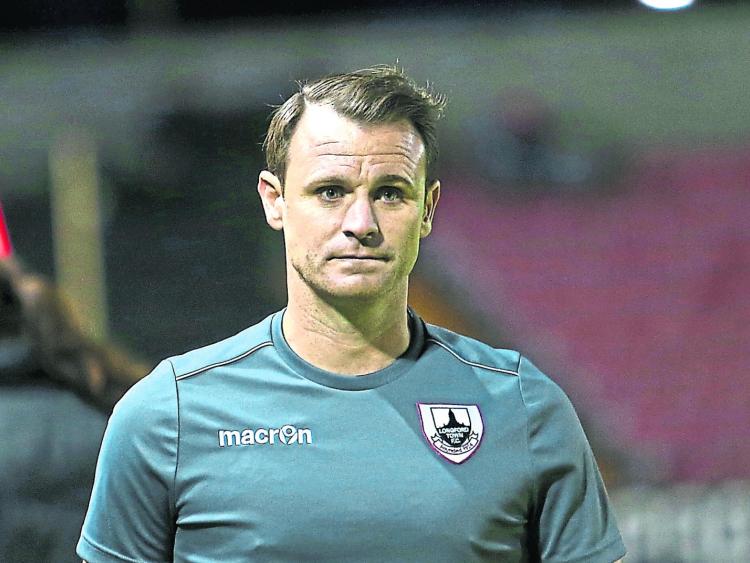 After weeks of uncertainty in relation to the exact number of clubs who are competing in the First Division, the season kicks-off for Longford Town this Saturday night when they meet Shamrock Rovers II at Bishopsgate.

For manager Daire Doyle the past few weeks have been frustrating but he can’t wait for his side to get their league campaign finally underway.

“Yeah I’m looking forward to it. It was frustrating not knowing what teams were going to be in the Division. I’ll be putting my strongest team out on Saturday against Shamrock Rovers II. That’s what I’m preparing for now.”

When speaking to Doyle there was still no clarity over the Shamrock Rovers ‘B’ squad. The last time they played in the First Division in 2014 they were allowed one goalkeeper and three outfield players from their first team squad. Doyle does not agree with that.

“I’d like to find out what the rules are in relation to how many first team players can play. Ideally it would be good if they had their Premier Division squad and another one for the First Division.”

The nine other First Division clubs are still unhappy that Rovers are allowed to enter a ‘B’ team in the league.

Doyle said: “The 9 clubs formed the alliance and were happy to go ahead with 9 teams in the First Division but the FAI have decided to allow Shamrock Rovers II to play in this league.”

This year the FAI have decided to open the play-offs to the top 5 sides with 2nd to 5th battling it out for a place in the promotion/relegation final.

“There could be 20 points between 2nd and 6th so there is no advantage for the team who eventually finish as the runners-up in the First Division.”

Last season Longford Town were beaten in the play-offs in a penalty shoot-out against Cabinteely in the second leg. Doyle is hoping the hurt his players felt after that result can spur them on this year.

“It wasn’t good but sometimes things like that can drive you on. It’s never nice to lose a game on penalties and the lads were hurting after that Cabinteely game.”

The Dubliner has assembled a strong squad but so too have other clubs in the First division. Doyle believes it will be a tight and competitive league.

“It’s going to be tight. You have Drogheda United there who have kept a lot of players from last year, Bray Wanderers will be disappointed with how they did last year.

“UCD are coming down from the Premier Division and although they lost players they’ll still be hard beaten and Galway have invested heavily this season. We have put a squad together that we hope can challenge for the title. That is the target.”