Shels, Drogheda, Cabinteely and Bray also honoured in the 2019 selection 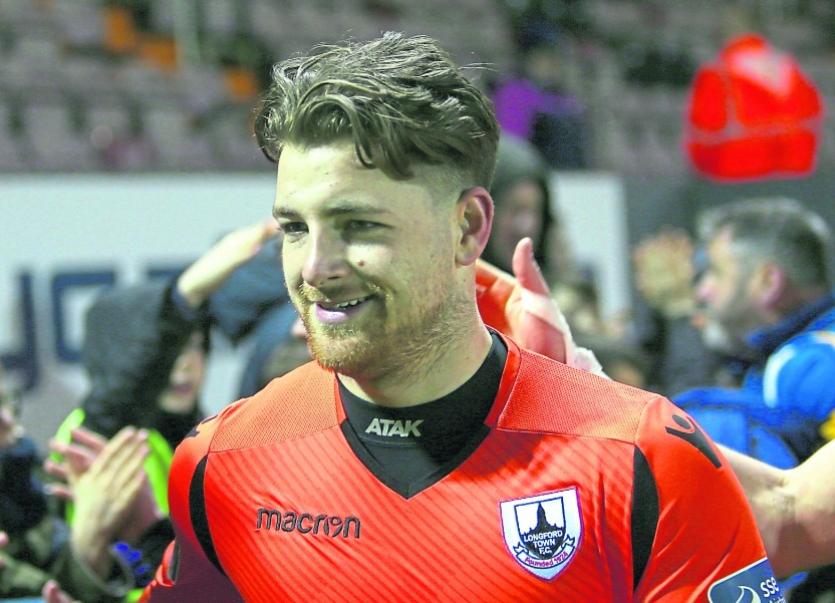 Goalkeeper Lee Steacy, one of five Longford Town players honoured on the PFAI First Division Team of the Year

Five Longford Town players have been selected on the 2019 Professional Footballers’ Association of Ireland First Division Team of the Year.

Lee Steacy, Anthony Breslin, Conor Kenna, Shane Elworthy and Dean Byrne are all honoured. Longford Town finished third in the table, missing out on promotion to the Premier Division following the recent play-off defeat against Cabinteely.

The First Division champions Shelbourne have two players on the team, Luke Byrne and Ryan Brennan, as have the runners-up Drogheda United with Sean Brennan and Chris Lyons the representatives from the Co Louth club who are currently in contention for promotion.

Drogheda face a second leg play-off  at United Park on Friday night against Cabinteely who have Rob Manley selected on the First Division Team of the Year which is completed by Bray’s Dylan McGlade, the former Longford Town player who features for the second successive year.