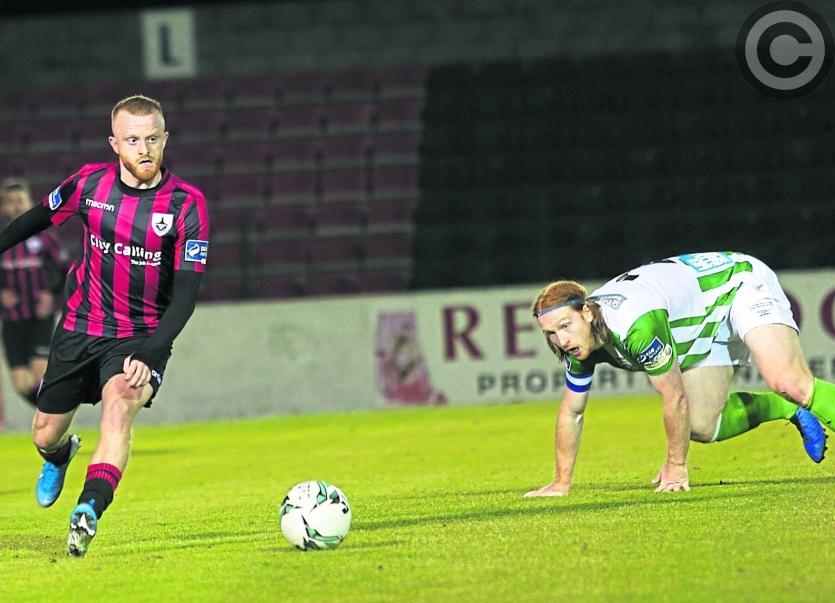 Longford Town make the long journey to county Cork this Saturday for the final game of the 2019 First Division League campaign against Cobh Ramblers, kick-off 7.45pm.

Longford’s caretaker manager Daire Doyle locks horns with new Cobh manager Stuart Ashton who has been given the job down there after Stephen Henderson has left the club and has taken up a position with newly promoted Shelbourne.

First of all we would like to extend our congratulations to Shelbourne on their return to the Premier Division after their fine 3-1 victory over Drogheda at United Park in front of a massive crowd on Friday night last.

That victory clinched the title for rookie manager Ian Morris who did the job at the first attempt since he only took over at Tolka Park at the beginning of the year.

Shelbourne deserve to go back to the top division as they have been one of the leading clubs in the league for many years and that was in the Premier Division.

We all remember them doing very well in Europe for many seasons but that came at a cost and unfortunately when you spend a lot more than you take in, you get in trouble and that is what happened.

This season Shelbourne went out and spent heavily and have won the League but they will have to spend a lot more to stay in the Premier Division and that could be a big worry and problem for the new people in the club.

With Shelbourne crowned champions and Drogheda looking at having a second place finish unless there will be unbelievable results for the Town and Drogheda.

Drogheda have a three point advantage plus a ten goal difference over the Town going into Saturday's games and the Town have to travel to Cobh while Drogheda are also away to Bray.

Those games are in the future as the Town have a big game on Saturday next to take care off and a trip to Cobh at this time of year isn't very encouraging.

Last weekend the new look Cobh side under the new manager travelled to take on Galway United. This was a game that either side will forget for some time.

The visitors took the lead on 25 minutes when striker Cian Leonard scored and eight minutes later they were down to ten men when defender Kevin Taylor saw red (2 yellows) and they still looked good despite being down a man.

The half-time talk by manager Murphy must have worked for Galway as they came out and scored seven goals without reply with former Town player Stephen Walsh getting their first goal in the 49th minute.

Mark Ludden helped himself to four goals in just over half an hour while goals from Barr and Melody completed the rout.

That result must have sent the alarm bells ringing down around St Colman's Park but those results happen every so often and they will definitely bounce back and let's hope that the Town aren't on the receiving end of a backlash on Saturday.

The Town have played Cobh twice this season and goals weren't too easily got in either game. The first meeting ended all square in St Colman's Park in a nil all draw while the return leg at the City Calling Stadium didn't generate a lot of scoring chances either with the Town winning one nil with the only goal of the game coming from Sam Verdon.

Stuart Ashton was caretaker manager in that game and the previous weekend Cobh beat Galway 2-1 at St Colman's Park with goals from Denzil Fernandes and Jaze Kabia who have since left the club and joined promoted Shelbourne.

No matter what happened previously between the clubs earlier this season or during last season, no doubt Daire Doyle will be hoping to get a good result as he prepares for the play-off games.

Last Saturday night the Town went into the game against Bray Wanderers minus the services of Aodh Dervin and Sam Verdon, both of whom missed the game due to suspension because of an accumulation of points for yellow cards.

Aaron Dobbs also missed the game through injury and there was a starting spot for Karl Chambers, Jack Doherty and Sean Boyd in the disappointing 2-1 defeat against Bray but hopefully Longford can bounce back with a win away to Cobh.