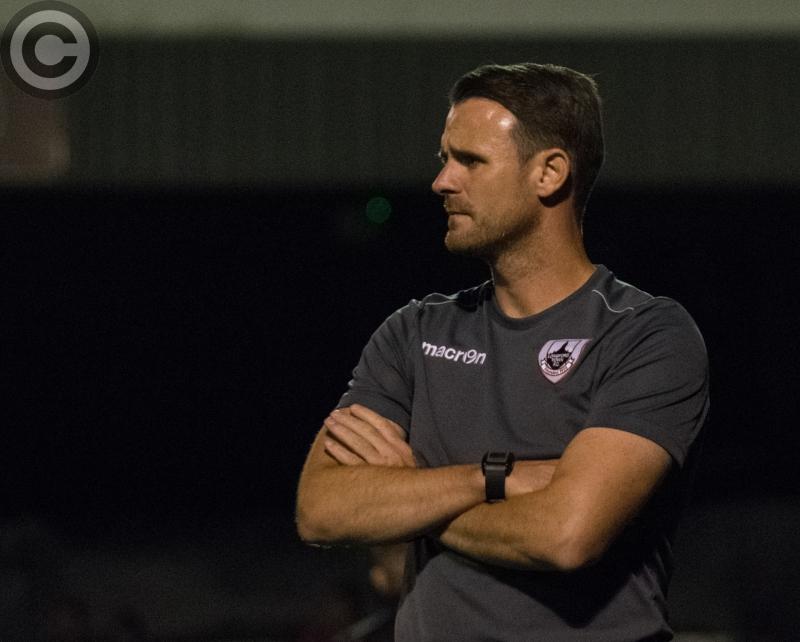 After the disappointment of the penalty shoot-out defeat against Bohemians in the FAI Cup exit, it's back to the bread and butter of Irish football when the Town travel to Ferrycarrig Park to take on bottom club Wexford this Friday night, kick-off 7.45pm.

Last week was a week to forget for Longford Town FC and its supporters, first of all the news of the departure of our manager to take up a new position at Cork City football club.

There were days of uncertainty and when it emerged that Daire Doyle would be taking up first team duties in Dalymount Park the writing was on the wall that Fenn had left the club, especially when photos from Eamon Deacy Park emerged on Friday night.

We can now concentrate on the job in hand and three points on Friday night away to Wexford will guarantee us a place in the play-offs but we also need the highest position possible in the final league table.

With three games remaining the Town's focus now must be a second in the table finish under the guidance of  caretaker boss Daire Doyle.

With all the turmoil over the position of manager during the week, one has to compliment assistant manager Daire on taking over the team and then giving Bohemians the fright of their lives.

The Town were dealt a big blow before the game when Sean Boyd was unable to play due to injury and Daire had to replace him and he made another change from the last league game v Shelbourne.

Daire changed the formation of the team and that meant that Joe Manley who was alongside Conor Kenna and Mick McDonnell against Shels was on the bench in Dalymount.

Team captain Dean Zambra also returned to the team as the Town went for a victory and one has to say that they were so unlucky not to get through to the last eight of this year's FAI Cup as the Bohs team, who are currently third in the Premier Division, were outplayed for long periods.

We are all so proud of the team and the management on a superb performance. Now that the FAI Cup journey is finished total focus is on these three league games, starting with the trip to Wexford.

Friday’s game will see the return of Jack Doherty to his former club and no doubt he will get a good welcome back from the local supporters.

Jack has endured a few injuries since joining the club during the July window and his goal on Friday shows that in Jack we have an excellent player.

We can't take anything for granted in this game and we will need another top drawer 90 minutes to get three points as we chase Drogheda in second place.

Drogheda got a bit of a footballing lesson against Shamrock Rovers in the FAI Cup last weekend at Tallaght with the home side winning 4-0.

Like ourselves Drogheda will be looking for help as they chase the automatic promotion but they need some spectacular results and a slump in form from Shelbourne which is very doubtful to happen now.

One can't see many changes in the Town team for the trip down south on Friday and there is no doubt that Aaron Dobbs will be relishing a game against his former team.

The Town and Wexford played each other on two occasions this season with the Town coming out on top in both games.

The first meeting between the teams was away back in early April and despite going behind early on they bounced back with two late goals to gain three valuable points.

Danny Furlong gave the home side the lead after 17 minutes with a very well executed goal. Sam Verdon brought the Town back on level terms when he scored in the 76th minute.

Peter Hopkins scored the winner in the 84th minute to secure the three vital points. The teams met at City Calling Stadium in early June and on that occasion it was also a very close call with the game ending 1-0 in favour of the Town.

Wexford's last game in the league was played at United Park and promotion chasing Drogheda ran out 6-0 victors with in form striker Chris Lyons helping himself to a hat-trick.

Wexford may be at the bottom of the table but they are generally difficult to beat at Ferrycarrig Park so Longford Town will need to be wary.