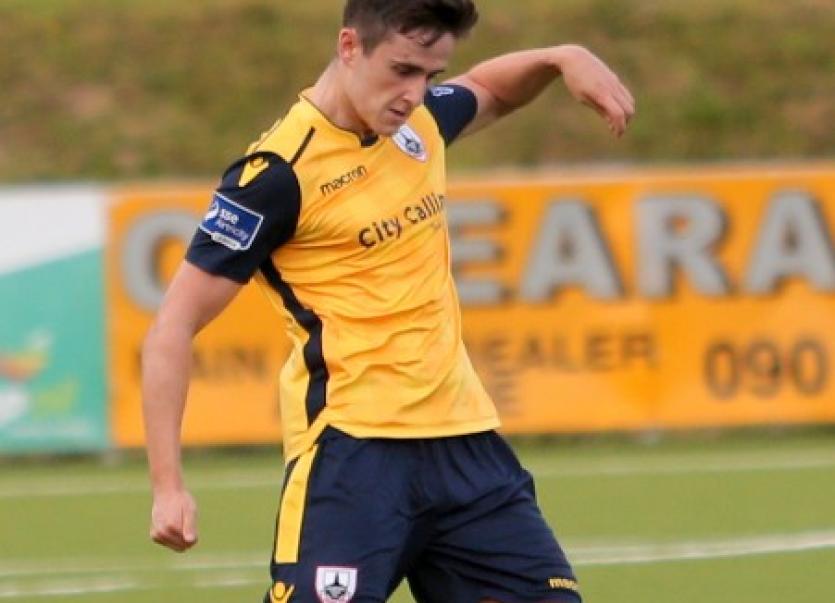 Pictured is Sam Verdon, who missed a penalty to win the match for Longford Town in the closing stages of normal time in the FAI Cup second round clash against Bohemians.

Rocked by the sudden resignation of Neale Fenn during the week, managerless Longford Town showed tremendous spirit in almost scoring a shock win over Premier Division opponents Bohemians in a thrilling FAI Cup second round clash at Dalymount Park on Friday night.

It was eventual heartbreak for the Town as they lost out in a dramatic penalty shoot- out (5-4) but the players deserve great credit for putting off the pitch matters behind them to produce a fantastic performance.

Longford assistant manager Daire Doyle took charge of the team for the cup game in a caretaker role while ex-boss Neale Fenn, leaving the club so late in the season, was in Eamon Deacy Park watching Cork City suffer a shock defeat against Galway United. Fenn is expected to be appointed soon as the new Cork supremo.

The Town had a glorious chance to win the game in normal time after Luke Wade-Slater brought down Anto Breslin in the box. Sam Verdon took the penalty but it came off the post in the 82nd minute. Neither side could break the deadlock and thus the tie went to extra-time.

Andre Wright put Bohemians ahead in the first minute of the additional period before Longford substitute Jack Doherty levelled the match with an excellent strike a few minutes later.

No further goals materialised in this pulsating action-packed encounter with Bohs finally emerging victorious after the dreaded penalty shoot-out was required to determine who would advance to the FAI Cup quarter-finals.

Both sides missed the first spot kicks but scored the following four as it went to sudden death.It was left to Town keeper Lee Steacy to take the fifth penalty for the First Division side but it was saved by the Bohs goalie James Talbot.

It was tough on Steacy who had kept his side in the game with a string of terrific saves. The penalty scorers for Longford were Anto Breslin, Jack Doherty, Sam Verdon and Karl Chambers.