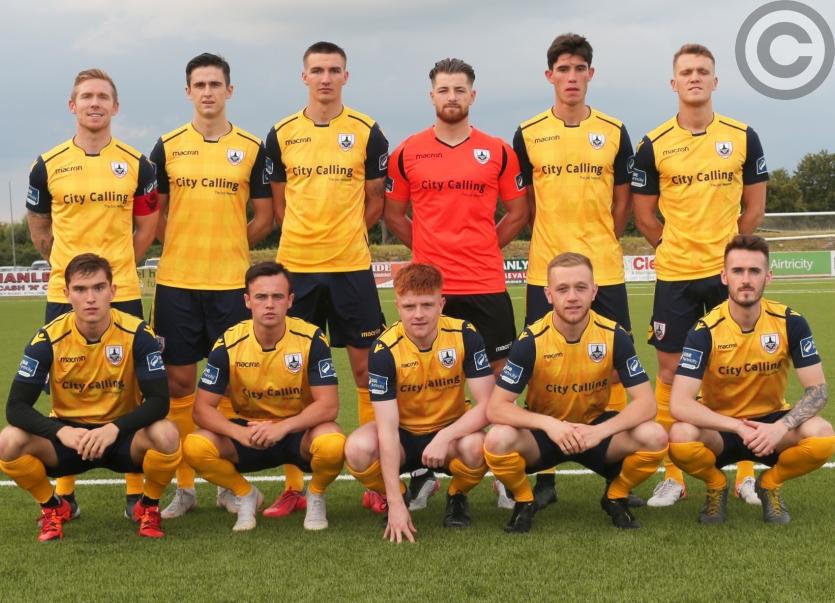 Just over a week after the Town's emphatic 5-1 victory over near neighbours Athlone Town in the SSE Airtricity First Division, the teams will meet again this Saturday night at City Calling Stadium in the first round of this year's FAI Cup, kick-off 7.30pm.

Everyone knows that the FAI Cup is notorious for upsets and with that in mind we should forget about the easy victory in Athlone on Friday last and prepare for this game in the same way if we were going to play a team from the Premier Division or from the top half of the First Division.

Terry Butler and his Athlone squad will be looking for revenge  after the game on Friday which if the truth be told the Town could have added a few more goals such was their total control of the game.

Longford manager Neale Fenn named the same starting eleven as started against Galway the previous weekend and it looks as if his new look system of three central defenders is paying off as the attacking prowess of Shane Elworthy and Anto Breslin down the wings were causing numerous problems for the opposition and the same happened the previous week against Galway United at  City Calling Stadium.

Not only are the lads raiding down the wings causing problems for opposing team but Anto Breslin helped himself to a good goal on Friday night last to put the Town 2-0 ahead after only fifteen minutes.

There is no doubt the arrival of the new players during the July window has strengthened Neale Fenn's squad with both Dylan Grimes and Sean Boyd adding to the striking and midfield prowess since joining the club.

On loan striker Boyd has given the team a big target man who has an eye for goal as well as being so strong in the air. Sean has scored in his last two games and we are expecting him to add to his tally in the upcoming games.

Dylan Grimes is a very busy little player who is capable of causing big problems for opposing midfielders and defences. The other new signing Jack Doherty missed the Athlone game but he may come back in contention for this week's game against Athlone.

Neale Fenn has given local lad Aodh Dervin a big responsibility in the centre of midfield with team captain Dean Zambra on the bench in recent weeks.

The player dubbed the Longford Billy Bremner is really buzzing at the moment. Aodh was on the receiving end of some very bad tackles on Friday night and he got no protection from the match officials.

We need a fully fit squad for the rest of the season with so many very important games coming up in the next few weeks.

Athlone will come to Longford on Saturday night next with nothing to lose after last weekend's game and we will need to be on top of our game to get a victory and a place in the next round of the Cup.

Athlone have some very good young players coming through and it will take some time for these youthful players to get the experience needed to get the breakthrough to first team football.

Former Town players Aaron Brilly, Rhys Gorman and Darren Meenan started the game in Athlone and goalscorer Kealan Dillon was brought on in the second half and got their only goal.

All four former players did well and no doubt they will be hoping to put one over on their former club.

Dean Casey has returned to Cabinteely with Ollie Hamzat and Nika Kalandarishvili joining the Athlone squad.

Nika started against the Town on Friday last and was replaced by Evan Pierce in the second half. Young Patrick Kelly, who is from outside Athlone, looked fairly decent in the centre of the defence and should make a very useful defender with experience.

Terry Butler changed his formation in the second half with former Town player Rhys Gorman moving back into defence from his midfield starting role and he tightened up the defence.

Another former Town player Aaron Brilly as usual gave 100% for the club and he is a great motivator as club captain.

Last Friday's league win is now a thing of the past and on Saturday night we need to get at them from the kick-off in the bid to book a place in the drum for the draw for the next round of the FAI Cup.