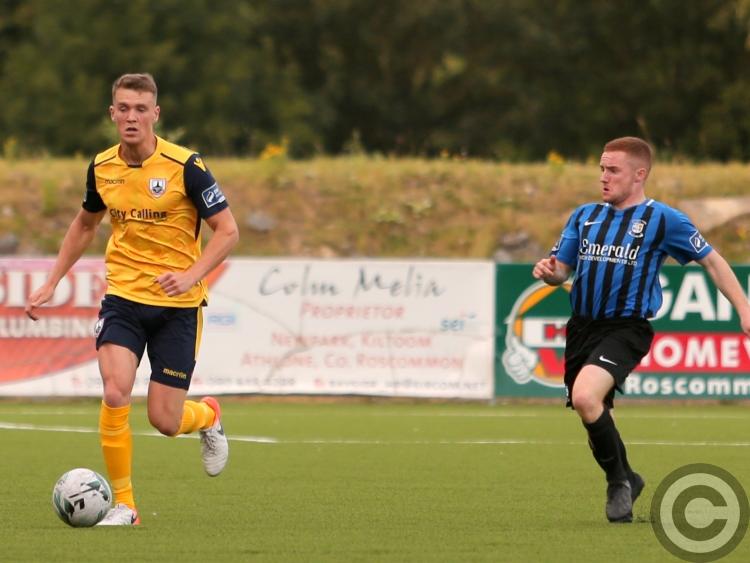 It was all too easy for promotion seeking Longford Town as they inflicted a third midlands derby defeat of the season against a poor Athlone side on Friday evening.

This was the first of two meetings between the near neighbours in the space of eight days. Next Saturday Athlone Town travel to City Calling Stadium for the Extra.ie FAI Cup first round clash.

The Town got off to a great start at the Athlone Town Stadium with Aodh Dervin opening the scoring in the second minute. The visitors doubled their advantage in the 15th minute with a goal from Anto Breslin with Sean Boyd adding a third in the 22nd minute.

Although they had chances to score more goals Longford didn’t get their fourth until the 88th minute when substitute Peter Hopkins found the back of the net.

Athlone got a consolation goal one minute later through former Town player Keelan Dillon while Sam Verdon converted a penalty in stoppage time to complete the demolition job in this impressive performance by Neale Fenn’s side.