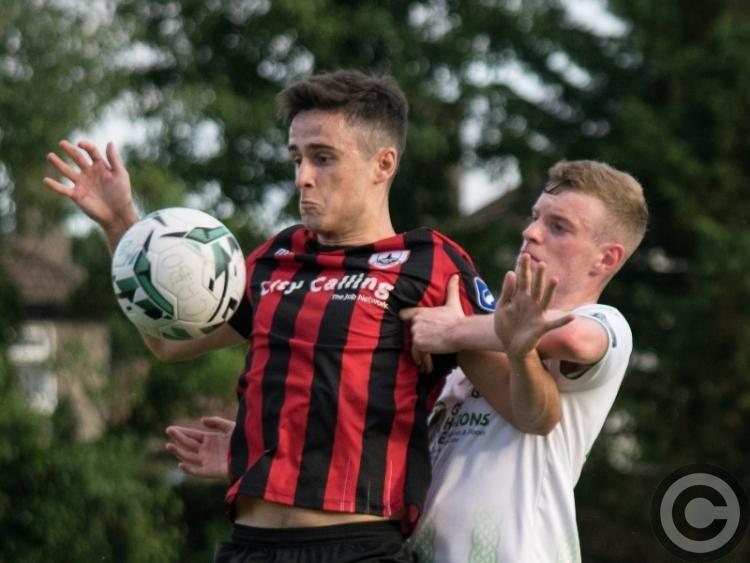 Whatever hope Longford Town had of winning the First Division title would now appear to be dashed after crashing to a disappointing defeat against Cabinteely at the Stradbrook grounds on Friday evening.

Neale Fenn’s inconsistent side suffered their fifth away defeat of the season in slipping to third in the table and are now eight points behind leaders Shelbourne with six league games remaining.

There is something positive in the push for promotion in that Bray Wanderers are seven points adrift in fifth position and at this stage it looks like Longford, Drogheda United and Cabinteely will occupy the play-off places with Shels the red-hot favourites to win the title in booking a return ticket to the top flight.

Town manager Fenn brought Sean Boyd in on loan from Shamrock Rovers and he was introduced as a second half substitute.

Jack Doherty, who signed recently from Wexford, missed the game through injury and was a big loss for Longford.

Cabinteely broke the deadlock in the 37th minute. Longford keeper Lee Steacy saved from Rob Manley but he parried the shot and Manley was able to find the back of the net at the second attempt.

In the 63rd minute the Town engineered a great opportunity and were most unlucky not to equalise. Aodh Dervin played the ball to Sam Verdon who in turn passed to Sean Boyd but he hit the post with a close range shot.

Cabinteely made absolutely certain of the win in stoppage time when Rob Manley hit the target for his second goal in what was a tough defeat for the Town to take.