Neale Fenn delighted with the win over Drogheda United 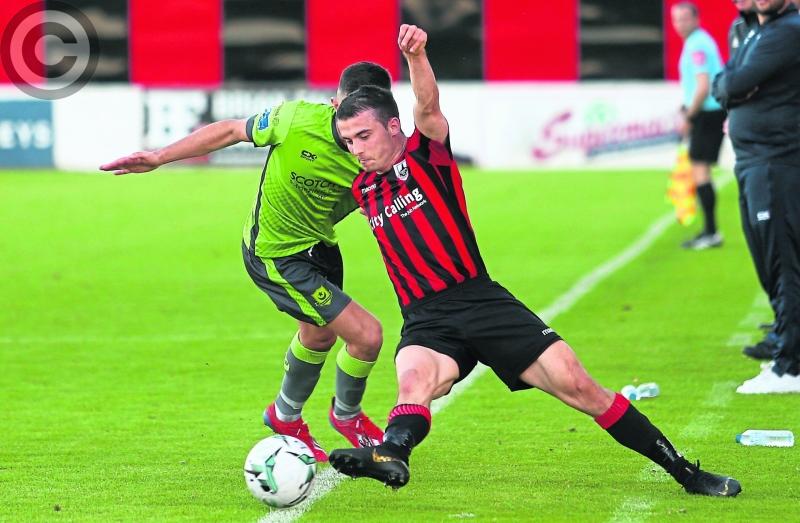 Longford Town manager Neale Fenn was in great form on Saturday night after watching his side come from behind to claim a very important win over Drogheda United.

The 2-1 win, with Dylan Grimes and Sam Verdon scoring the goals, moved the Town up to second in the table - five points behind leaders Shelbourne - and next up for the ‘red and black’ is a clash against Cabinteely at Stradbrook on Friday night, kick-off 7.45pm.

Fenn said: “Absolutely delighted with the win. More pleased with the performance.

“We were excellent in the first half especially and conceded a goal against the run of play which obviously was a blow. But the boys showed great character; got an excellent equaliser from Dylan Grimes and weathered a big storm in the second half to eventually get the win.”

What pleased Fenn most about the victory was the team’s performance and how they worked so well as a unit throughout.

“It’s hard to single out anyone. It was just a good performance; a good team performance. When you work as a team, the individual players can then stand out.

“But if you don’t work as a team and don’t work hard and you don’t do the ugly side of it which sometimes that has let us down a bit, you will get beaten. When we put in a complete performance like we did against Drogheda then we will always have a chance.”

Sam Verdon was the matchwinner for the Town; scoring in the 85th minute. Fenn said that Verdon wasn’t particularly happy with not starting the game.

“Sam was excellent. He didn’t talk to me before the game because he wasn’t happy that he did not start but he came on to make a vital impact and that’s what Sam does. Sam has a good knack at just arriving in the box and when he gets a chance he takes it. It was a superb header. Brilliant by Sam and a great ball in by Anto Breslin.”

With just seven league games remaining every one of them is like a cup final for the Town with a huge prize at stake for the club.

Longford Town are away to Cabinteely on Friday night. The sides drew at Stradbrook earlier in the season and the Dublin outfit inflicted a first league defeat on the Town at City Calling Stadium in their last meeting.

Cabinteely drew with Shelbourne on Friday night last and Fenn knows what to expect at Stradbrook.

“We said it before, no team is running away with it, no team is taking heavy defeats.. Every team is competitive, every team is organised and the battle for promotion will probably go right down to the last game.”