Longford Town come from behind to defeat Drogheda United 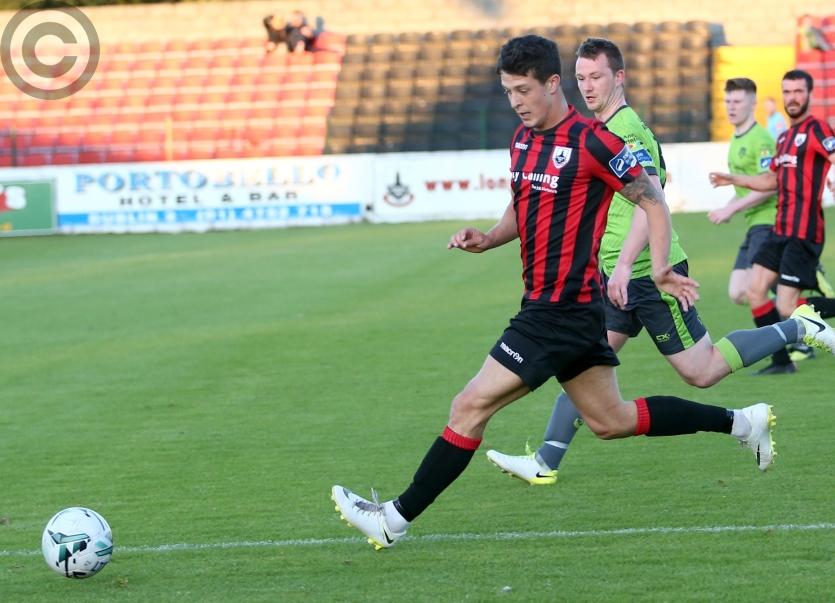 A goal from substitute Sam Verdon in the 85th minute earned Longford Town a vital victory over Drogheda United at City Calling Stadium on Saturday evening.

The result saw Longford move ahead of Drogheda into second place in the First Division table, five points behind leaders Shelbourne with seven league games remaining.

Verdon got on  the end of an Anto Breslin cross to powerfully head past Drogheda United keeper Luca Gratzer. Drogheda piled on the pressure in the remaining minutes as they tried to get an equaliser but the Town held out to collect all three points in the push for promotion.

Totally against the run of play Drogheda took the lead in the 32nd minute when Mark Doyle played the ball into Meaney and he made no mistake to score the opening goal.

Longford were back on level terms in the 38th minute; Jack Doherty with the pass to Dylan Grimes who twisted and turned before he found the back of the net with a cheeky backheel.

Karl Chambers and Conor Kenna had half chances in the 75th and 81st minutes that they really should have done better with but the winning goal eventually materialised when Sam Verdon headed home Breslin’s cross.