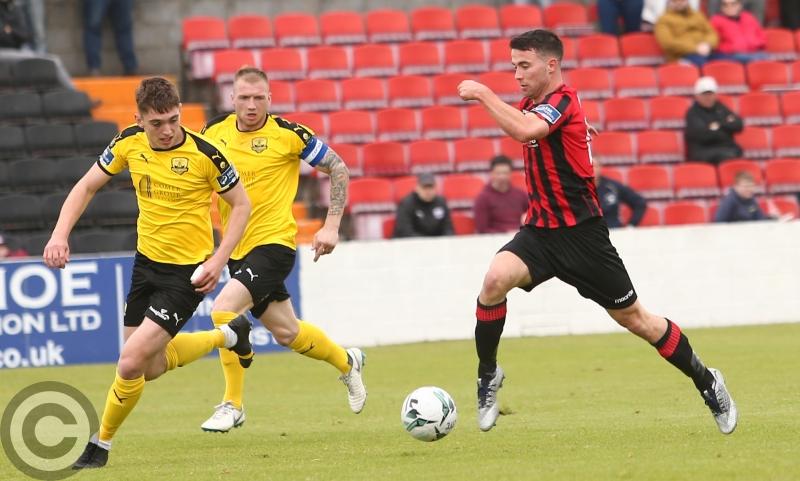 After beating Galway United in the rearranged fixture on the Bank Holiday Monday in closing the gap at the top of the table to just a single point behind Shelbourne, Longford Town will be looking for another win when they take on Wexford at City Calling Stadium this Saturday evening, kick-off 7.30pm.

The First Division this season is becoming one of the most exciting in years as six clubs are still in the running for the title and the automatic promotion spot along with the three promotion play-off places.

Wexford are currently bottom of the table they are capable of causing surprise results in this unpredictable league.  Last weekend a 15th minute goal from Danny Furlong gave Wexford the lead against Drogheda United at Ferrycarrig Park but the visitors hit back with goals from Luke McNally and Jake Hyland to win 2-1.

After the game against Wexford this weekend, Longford Town are away to Bray Wanderers before the mid-season break. Table toppers Shelbourne have Bray away this Saturday  and Drogheda United at home on the following Friday.

Last Friday night the Town lost 1-0 against Shels at Tolka Park with the winning goal coming from a disputed penalty late in the game. Having said that, Longford have only themselves to blame for not taking any points from this crucial game.

Apart from Ciaran Kilduff hitting the post in the early stages of the top of the table clash, it was the Town who created most of the chances but unfortunately did not convert them.

With the July transfer window opening it would be a great boost to the club’s promotion chances if the manager Neale Fenn could secure the services of a recognised striker for the vital final phases of fixtures, starting with the away game against Limerick at the Markets Field on July 5.

Wexford may be at the wrong end of the table but they have a good squad of players who are capable of competing against the best teams in the league.

When the teams clashed at Ferrycarrig Park back in early April the Town won 2-1 after going behind in the 17th minute with a well-taken goal from Danny Furlong.

The Town equalised in the 77th minute when Sam Verdon blasted the ball to the net after connecting with a perfect pass from Shane Elworthy.

Peter Hopkins scored the winner for the Town when he ran on to a defence splitting pass and chipped the ball over the advancing Wexford keeper Corey Chambers.

Wexford are basically an amateur side but they have one of the best strikers in the league in Danny Furlong. Another very experienced player is Jack Doherty who previously played with Waterford and Limerick.

Another former Waterford player Thomas Croke is another key figure on the Wexford team while keeper Chambers is one of the best shot stoppers in the league.

Last season the Town won all three games between the clubs. The first meeting took place at City Calling Stadium in mid-March and Longford won 3-0 with the goals from Chris Mulhall (2) and Dylan McGlade.

The second fixture at Ferrycarrig Park ended 2-0 in favour of the Town with Jamie Hollywood and Chris Mulhall scoring the goals.

The final game against Wexford last season resulted in a 3-0 win for Longford at City Calling Stadium with Dylan McGlade (2) and Daniel O’Reilly on target.

A win over Wexford this Saturday evening is essential and these are very exciting times in the so competitive First Division.