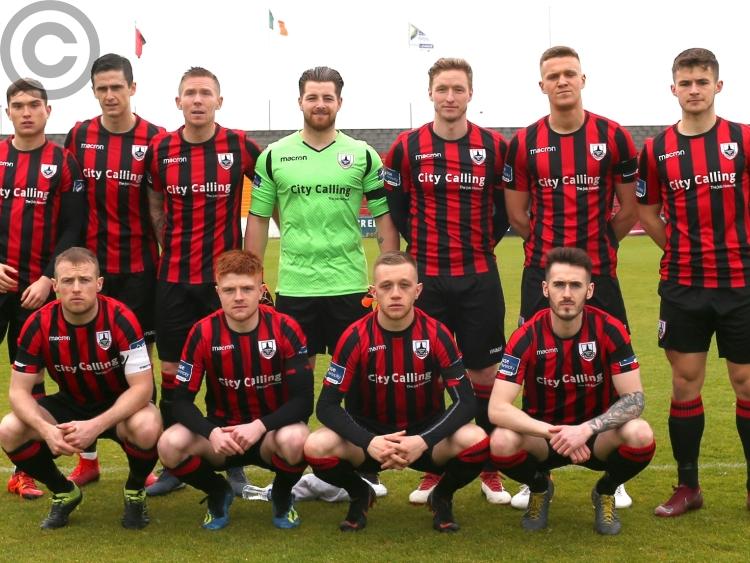 They don't come any bigger than an away game in Tolka Park against league leaders Shelbourne as the Town try to regain top spot in what should be a cracker of a game this Friday night, kick-off 7.45pm.

At the beginning of the season Shelbourne were everyone's tip to book a place in the Premier Division at the end of the season due to the strength of their squad and the high profile signings they made.

On Friday last Shelbourne were at home to Cobh Ramblers and by all accounts they were a bit lucky to get all three points by virtue of a Ryan Brennan header just past the half hour mark.

That win for Shelbourne leapfrogged them to the top of the table by virtue of leaders Cabinteely one nil defeat away to Limerick. Such is the competitiveness of the First Division is that there is only four points between first and six in the league table.

At the halfway stage of the season it's amazing that the top six are so close and it could be hard to predict who will eventually win promotion to the Premier Division. The Town bounced back on Saturday last with a 3-1 win over Athlone after two poor results recently against Cabinteely and Galway United.

Longford have a chance on Bank Holiday Monday to rectify that surprise defeat at Eamon Deacy Park when they play Galway in the rearranged game that was postponed back in mid March due to the inclement weather conditions.

The game against Athlone was a tense affair early on but the Town began to take control and were putting pressure on a very defensive Athlone side that included three former Town players in their starting eleven and another Rhys Gorman was on the bench.

The Town goals came from a Sam Verdon penalty and two strikes from Dean Byrne while the visitors got an equaliser just after the Town opened the scoring. In fairness Shamrock Rovers loanee Dean Williams took his goal well after slackness in the home defence let former Town player Aaron Brilly set up Williams for the goal.

There is no doubt that next Friday's game will be a real test for Longford as Shelbourne who are really pushing hard for a return to the Premier Division.

When their new manager Ian Morris agreed to take over Shelbourne he was given the go ahead to bring in new and experienced players and he came up with a few top class recruits. Their biggest arrival was the signing of former UCD and Dundalk striker Ciaran Kilduff.

Ciaran enjoyed his best seasons at Dundalk where he won two league medals and also won an FAI Cup medal.

No matter what club he has played for Ciaran will score goals and he is doing the job for his new club this season.

Former St Pat's player Conan Byrne is another great signing for Shels. Morris brought his former team mate Oscar Brennan from Bohemians with him and he is a very talented player.

Luke Byrne is a very good defender as is Derek Prendergast while former Town player Aidan Friel has now made himself a starter in the team in recent games. The very experienced Ryan Brennan is one of the players who make this Shelbourne team tick and he has a knack of scoring important goals as he did last week in the one nil victory over Cobh.

When the Town played Shels at City Calling Stadium earlier in the season, the home side ran out 2-0 victors but it was a very tight game with Peter Hopkins and substitute Karl Chambers scoring the goals.

Shels are on a good run at the moment and will be a big test for Neale Fenn's team who will be trying to go on another beaten run.

Last season the results against Shels  weren't very encouraging for the Town as Shels won two and drew the other game. The first meeting at Tolka ended 3-2 to the home side with Davy O'Sullivan helping himself to a hat-trick. Sam Verdon scored twice for the Town.

The second meeting was at City Calling Stadium and that ended 1-1. O’Sullivan scored for Shels and Dylan McGlade scored for the Town.

The final game was at Tolka Park and the home side won 6-1 in a game that is best forgotten and with that in mind we would hope that the Town are well prepared for this Friday's encounter and should have a full strength squad to pick from.