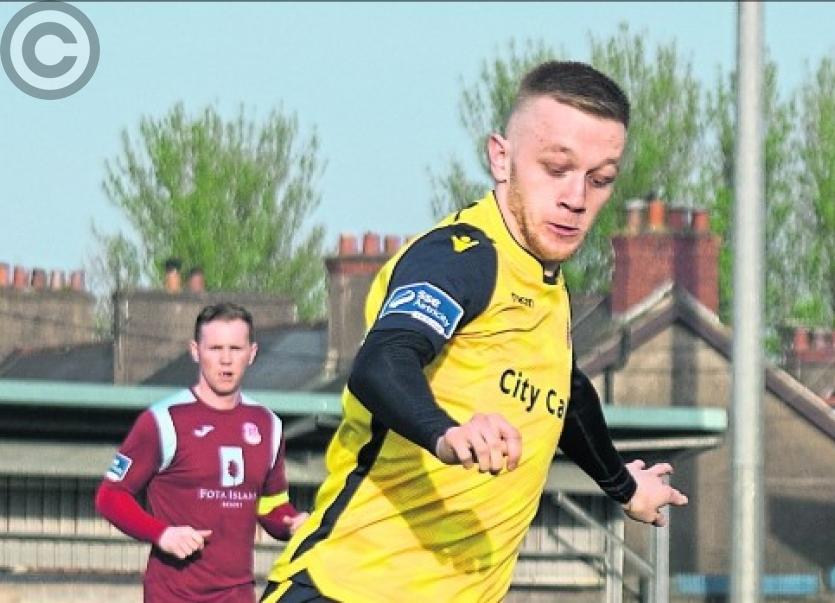 Dean Byrne, who scored the goal for Longford Town in the 11th minute of the league game against Galway United.

A brace of second half goals from Vinny Faherty clinched all three league points for Galway United as Longford Town suffered their second consecutive defeat in the First Division.

The Town were looking good for a positive result at Eamonn Deacy Park on Friday night when Dean Byrne broke the deadlock in the 11th minute.

Capitalising on a mistake by Maurice Nugent who attempted to head the ball back to the Galway keeper Kevin Horgan who was well off his line, the alert Byrne pounced to find the back of the net.

But the home side, trailing 1-0 at the break, battled back in the second half and the vastly experienced Faherty hit the target with a header for the equaliser in the 48th minute.

The Galway striker headed home the winning goal for Galway in the 83rd minute and despite their lowly position in the league table it must be said that Alan Murphy’s improving side deserved the victory.