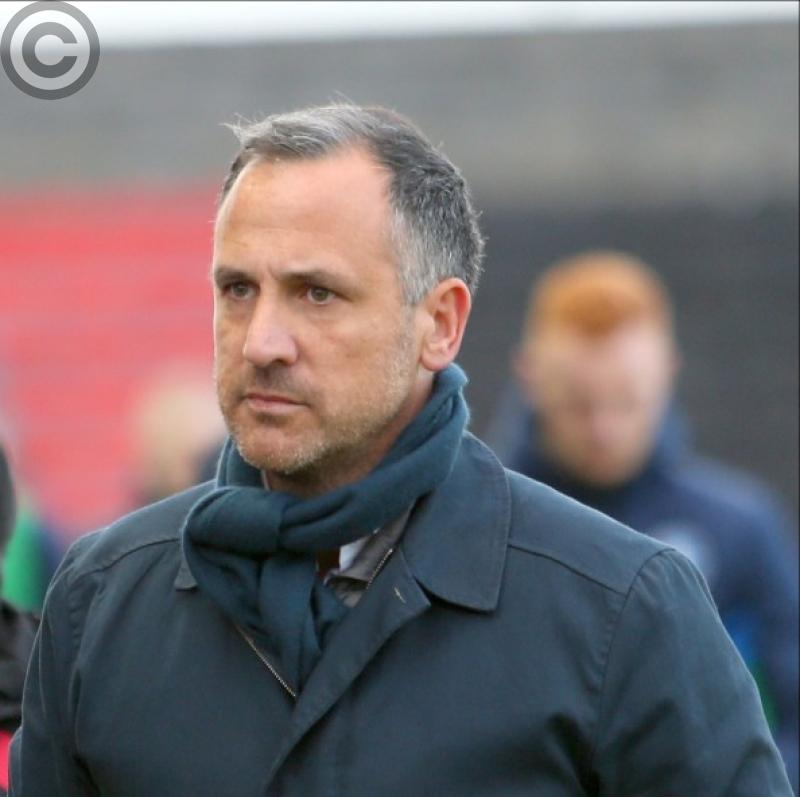 A superb strike from Kieran Marty Waters in the 85th minute clinched all three vital points for Cabinteely as Longford Town crashed to their first defeat in the Airtricity League First Division this season.

Rob Manley provided the perfect pass for Waters to weave his way through the Town defence and he made no mistake in planting the ball into the roof of the net to break the deadlock at City Calling Stadium on Saturday evening.

This significant result moves Cabinteely to the top of the table and few among the 641 attendance can argue with the fact that the visitors deserved their victory.

Longford produced what was unquestionably their poorest performance this season in failing to create any clear-cut chances, apart from a header from Aaron Dobbs which was saved by the alert opposing keeper Stephen McGuinness just before the break.

The well organised Cabinteely side, managed by vastly experienced coach Pat Devlin, are looking like  strong promotion contenders and should have scored at least one goal in the first half from three very good chances.

A mistake let Keith Dalton through in the 6th minute but he hesitated in the box and his subsequent shot was deflected out for a corner.

Town keeper Lee Steacy then came to the rescue when saving a close range shot from Kieran Marty Waters in the 9th minute and the Cabinteely dangerman failed to make proper contact from a few yards out in the 19th minute when looking poised to score.

Longford’s ten match unbeaten record is now broken and manager Neale Fenn will be hoping that his side can get their title challenge back on track away to Galway United next Friday night.