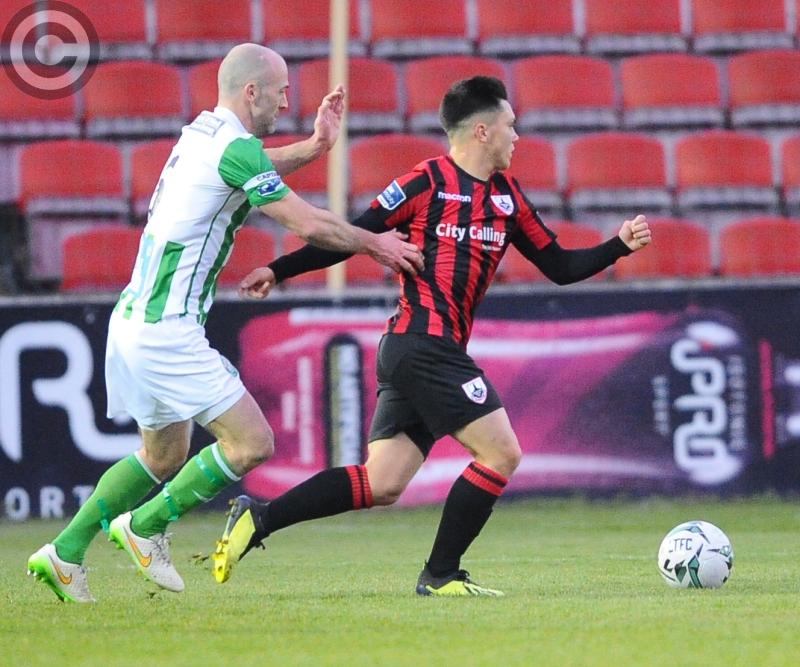 Over the years Cobh have been a tough team to beat especially down there as they are a very decent side under one of the best managers in the First Division.

To date the Town have drawn two games away, a 0-0 outcome in the opening game  against one of last season’s relegated sides Limerick at the Markets Field.

The other drawn game this season was against Cabinteely at their home ground at Stradbrook and that game ended 1-1. To date Cobh have played 8 games (1 more than the Town) and have 9 points from three wins.

Last weekend they travelled to Eamon Deacy Park and went home with a hard earned 2-1 victory. Jaze Kabia once again was on the scoresheet with the winning goal coming from a Nugent OG.

Some of their defeats to date were by the odd goal apart from the opening game of the season when they lost four nil away to Drogheda.

Adam Mylod is playing superbly in goal even to the extent that he is keeping former Longford Town favourite Paul Hunt out of the starting eleven.

As stated most of the Cobh squad have come through from youth football but one exception in the starting eleven is Shane O'Connor who played with the Town for part of the 2018 season. Shane is a very experienced player who can count Cork, Waterford United and Shamrock Rovers as clubs that he has previously played with.

Ben O'Riordan and James McSweeney are two very good defenders and both have come through from the under age teams. Another experienced player is Stephen Kenny who has also played with Cork, Galway, Limerick and Waterford.

Leading scorer Jaze Kabia has a great scoring record this season and he also is a product of a good youths system. Another promising and up and coming player is Denzil Fernandes who is very dangerous in front of goal as he proved at City Calling Stadium last season when he scored in the shock two one victory over the Town. He scored the winner for Cobh in the surprise 2-1 victory over Shelbourne at St Colman's Park earlier in the season.

Former St Pat's, Cork and Limerick player Ian Turner has many years of Premier Division experience and is another dangerman.

Last season the teams met three times in the league and it was honours even with both winning a game and the other game was drawn. The sides also met  in the latter stages of the EA Sports Cup and Cobh beat the Town in the quarter-final at St Colman's Park.

Ramblers sensationally beat Dundalk in the semi-final of the competition and qualified for the final against Derry City at the Brandywell where they lost against a full strength Derry side.

The Town have kept their position on top of the table after a good win over Bray Wanderers at City Calling Stadium on Saturday night last.

The Town team showed two changes from that which started the game against Wexford the previous weekend. Adam Evans, who replaced the injured Aaron Dobbs in Wexford, started the game in midfield while Southampton loanee Sean Brennan (who came on in Ferrycarrig Park) made his first start in the league in place of Dean Byrne who was on the bench.

Bray, under former Town player Gary Cronin, started the season as favourites for the one promotion spot and came to Longford in a confident mood but got a football lesson from Neale Fenn's table toppers.

Anyone who goes out to City Calling Stadium are guaranteed a game of attractive football from an excellent squad of players. Goals from Mick McDonnell and Peter Hopkins in the first half ended this game as a  contest as the Town won 2-0.

On the injury front the good news for the Town is the fact that former Dundalk player Carlton Ubaezuonu is fit again and could come into contention for a start in the not too distant future.

Last season the injuries were the main reason that the Town missed out on the play-offs and the fact that the Town have a very strong bench this year could be a big help as we chase one of the top four positions and possibly the league title. 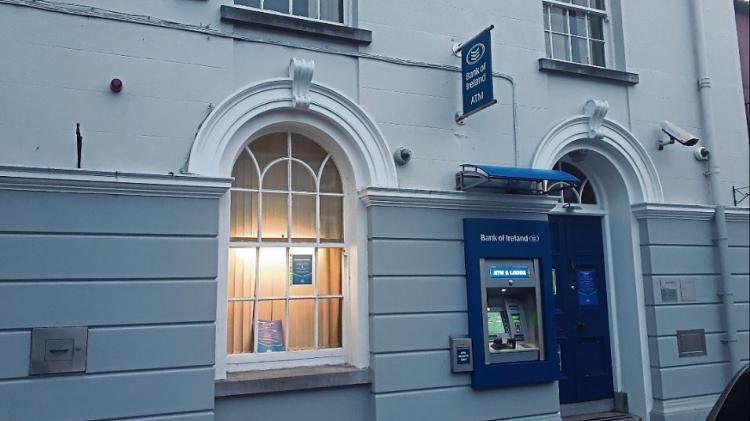