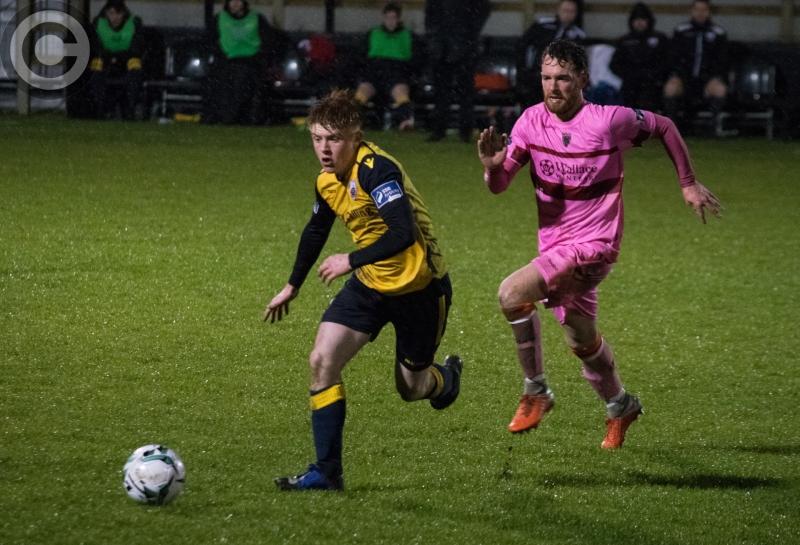 City Calling Stadium should house a big attendance this Saturday night when top of the table Longford Town face the highly rated Bray Wanderers side in what should be a cracking game, kick-off 7.30pm.

At the beginning of the season both Shelbourne and Bray Wanderers were installed as favourites to win the First Division such was the strengths of both clubs squads.

With big investments the clubs and their supporters will expect instant success and despite being only two points behind the Town and Limerick there will be some unease with the fact that after only seven games played both have lost three games.

Bray went into last week’s games on top of the table while Shelbourne were three points behind them on nine points and a Lorcan Fitzgerald penalty was good enough to guarantee Shels the three points to bring them level with Bray.

One of the other setbacks for Bray this season were a two nil defeat against Wexford a couple of weeks ago where goals from Emmet Nugent and Jack Doherty gave Wexford their only win of the season to date.

The previous weekend Bray played Athlone Town at home and they lost to the midland team on a one nil scoreline with the only goal of the game coming from former Town player Aaron Brilly.

The Town are top of the table on goal difference over the other surprise packets Limerick and that is a tribute to manager Tommy Barrett who is doing a tremendous job on limited resources.

Over the last few years the Bray club was in disarray mainly due to financial problems and because of that many of the clubs highest paid players left the club. Managers Harry Kenny and Alan Matthews to name a few all departed the club but at the end of last season the club got a new chairman who has reshaped the County Wicklow side.

Gary was a very popular man during his time in Longford and no doubt the fans will give him a big welcome when he leads out his team on Saturday night next.

Gary isn't the only Longford connection in the Bray ranks as there are two former players in the Bray starting eleven. Dylan McGlade, who was the Town's leading scorer last season with a marvellous tally of 16 goals, was outstanding for the red and black and a match winner on many occasions.

Philip Gannon played for the Town during the 2015/2016 season and the former West Brom player departed to Bohemians with whom he played for two seasons.

These two players are in good company in the Bray midfield as they have lots of experience in that area. Derek Daly who played with Waterford last season alongside the experienced Paul Keegan who is one of the best midfielders in League of Ireland football at the moment.The player who won the First Division with Waterford had six seasons cross channel with Doncaster Rovers.

Another player with lots of experience  is another former Waterford player Dean O'Halloran who previously was with Fulham for four seasons and he along with the rest of his midfield partners mean that this will be a big game for the Town.

Up front Bray have former Cabinteely striker Joe Doyle. Doyle has a great eye for goal and will need to be closely watched by the Town defence.

Gabriel Sava, who started his senior career with Bray, has returned to his former club this season after playing with Monaghan United, Drogheda and for quite a few seasons at Dundalk where he was understudy to Gary Rogers.

Former Shamrock Rovers defender Sean Heaney is a very experienced centre half who played on loan at both Shelbourne and Waterford. Killian Cantwell who played most of his football with Finn Harps, Galway and Limerick is another experienced player while another former Waterford player Dylan Barnett is keeping the experienced Hugh Douglas out of the team.

Former Republic of Ireland under 17 and under 18 player and former under 17/under 19 player with Bohemians Luke Nolan is also a key player for Bray.

Richie Purdy, former Shamrock Rovers and Drogheda player, is a very useful squad player who is  unlucky not to be in the team at the moment. He replaced Philip Gannon in the second half against Shelbourne on Friday last.

The Town deserved their 2-1 victory over Wexford at Ferrycarrig Park on Friday night last and also retained their unbeaten run and they are now the only unbeaten team in both the Premier and First Division as Dundalk lost in Inchicore against St Patrick's Athletic on Friday night last.

Aaron Dobbs injury is really the only problem that Neale Fenn has encountered this season and thankfully he has a great squad at his disposal.

Once again a big thank you to our supporters who travelled for Wexford game on Friday last. As always they supported the team vocally from the kick off until the final whistle.

On Saturday next we have the visit of Bray to City Calling Stadium and we need all our supporters to get behind the team from the start in the quest for another victory.