Longford Town away to Wexford in bid for another league win 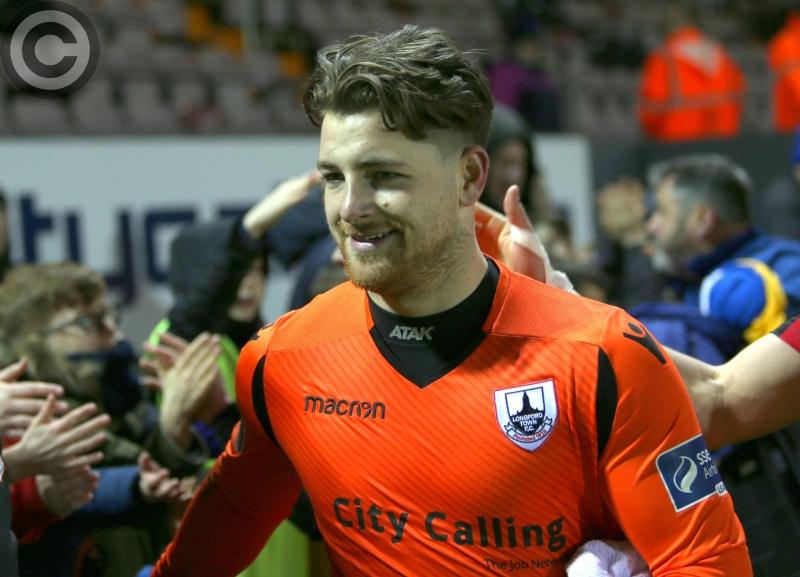 For an amateur club or semi-professional one travel is a big part of the season and this week the Town go from one end of the country to the other as they play two games in four days which is very hard for a First Division club.

On Tuesday the Town made the long journey to the Brandywell in the second round of the EA Sports Cup to play holders Derry City with the second string side losing 3-0.

On this Friday the team travel to the other end of the country to Ferrycarrig Park to play Wexford FC (kick-off 7.45pm) in a game that could be termed as a banana skin match.

The injury list is now down to one with only Carlton Ubaezuonu missing at the moment. The former Dundalk player is a very good young player and he is a great asset to Longford Town in the chase for a place in the Premier Division.

Last Saturday night the pre season favourites for promotion Shelbourne came to Town and they were beaten by a Longford team that is playing some fantastic football this season.

The 2-0 on Saturday pushes the Town up to second place on goal difference over Limerick and just a point behind Bray Wanderers who come to City Calling Stadium on Saturday week, April 13th.

With every team in the league producing some erratic results at the moment one would have to be wary of Wexford who beat top of the table Bray two weeks ago at Ferrycarrig Park.

The goals in that game came from Emmet  Nugent (54 mins) and Jack Doherty (85 mins)in what was the shock scoreline since the start of the season. Cobh beating Shelbourne the same night was also a big surprise.

The current Wexford side is a very young one with the exception of a few very good players. The return of striker Danny Furlong to the club is undoubtedly a great plus for new manager Brian O'Sullivan.

Furlong will score in any company and his 30 goals in the 2015 season proves that.  Jack Doherty is also a threat, having played with Waterford, Limerick and a short stint with the Town in 2015.

Midfielder Thomas Croke, who was on the bench last week in Drogheda, previously played with Waterford and is also an experienced player who is capable of turning a game.

Keeper Corey Chambers who is in his fourth year with the club is a very good keeper but he is in a team that has conceded nineteen goals to date in 6 games.

The majority of their squad have come through their under 17s, under 19s and a few have come from Waterford's under age teams.

Last season the Town won all three games between the clubs. The opening game was at  City Calling Stadium and the Town won that three nil. Chris Mulhall scored twice and Dylan McGlade was also on target.

The second meeting was away and the Town won this on a two nil scoreline with goals from Jamie Hollywood and Chris Mulhall.

The final game at home also ended three nil and on that occasion Dylan McGlade scored twice  while centre half Daniel O'Reilly also found the back of the net. Neale Fenn will take nothing for granted against this generally inexperienced Wexford side but you have to take every game as it comes and the team will be well prepared for their visit to Ferrycarrig Park.

The Town defence are playing superbly with only one goal conceded in five games. Player of the month, keeper Lee Steacy, is really proving to be an excellent signing and equally impressive is another new signing Conor Kenna who has forged a great partnership with Mick McDonnell.

Team captain Dean Zambra is playing very well while his midfield partner Aodh Dervin is improving with every game and is one of the top midfielders in the First division.

The pace of Peter Hopkins and Shane Elworthy down the right is causing havoc for opposing defences. Sam Verdon is always a threat all over the pitch and Aaron Dobbs is so dangerous up front even though he isn't getting the goal returns that his efforts deserve. Dean Byrne is another speed merchant who causes many problems as does Anto Breslin who has now made the left full position his own.

When you look at the bench you can see that this Town squad is the best that we have at our disposal in many years. Three points are vital on Friday and then we can look forward to the visit of Bray Wanderers on Saturday week.