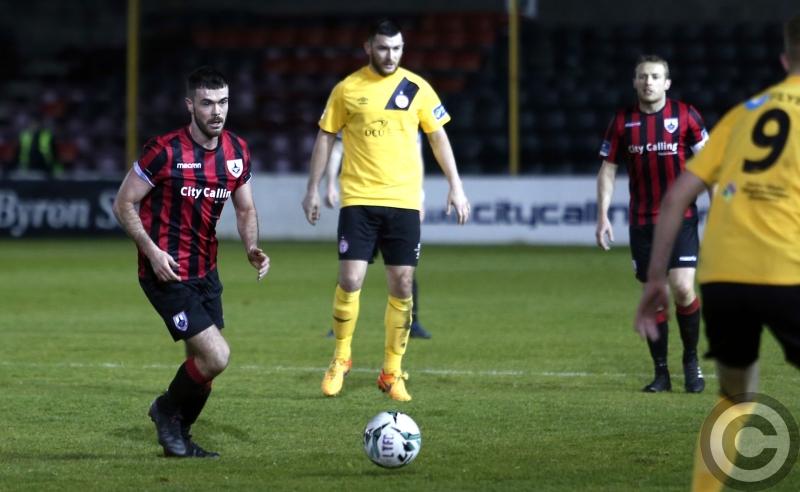 Longford Town maintained their unbeaten run in the Airtricity League First Division this season when they scored a significant win against Shelbourne at City Calling Stadium on Saturday night to go second in the table.

Peter Hopkins punished a mistake by the Shels keeper Dean Delany to break the deadlock in the 19th minute and substitute Karl Chambers fired home the second goal for Longford with virtually the last kick of the game in stoppage time.

Delaney threw the ball straight at the feet of Hopkins in a misjudged clearance and the Town winger weaved his way past a Shels defender before planting the ball in the corner of the net.

Moments later the Shels keeper produced a terrific save to deflect a piledriver from Dean Zambra over the bar but the title favourites eventually got their act together to dominate most of the second half.

There was some anxious moments for the Town supporters among the official attendance of 725 with Ryan Brennan having a header cleared off the line in the 58th minute while Oscar Brennan had a goalbound shot deflected out for a corner in the 80th minute as Shels searched for the equaliser.

Just before the final whistle was blown in the third minute of stoppage time the second goal materialised for Longford when Karl Chambers broke through to hit the target from a shot that struck the post as the ball ended up in the back of the net.