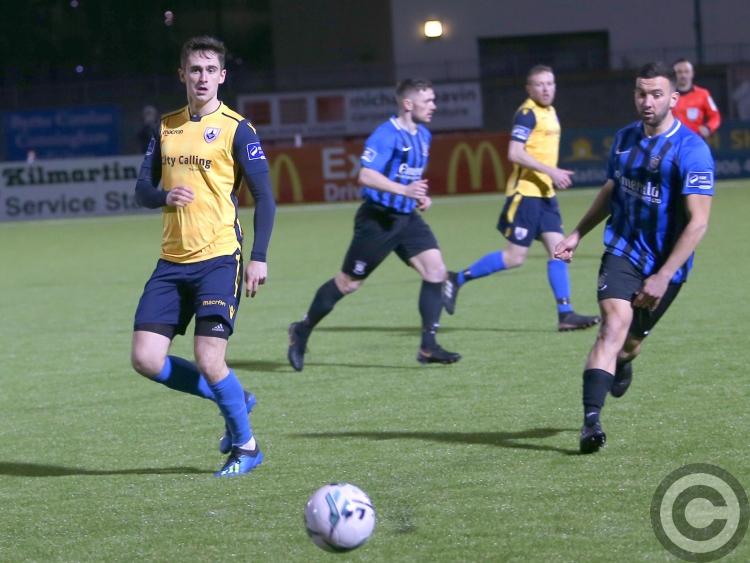 Sam Verdon’s goal in the 69th minute earned Longford Town all three league points in the win over Athlone in the first midlands derby of the season on Friday night.

It was a vital result for Neale Fenn’s side in their quest to finish in the top four and a place in the promotion play-offs with the possibility of a serious challenge for the First Division title.

Verdon shot to the net from close range after a surging run by Shane Elworthy at the Athlone Town Stadium and Longford Town remain the only unbeaten side so far in the current league campaign.

The astro turf pitch in Athlone didn’t help at times but Longford played some very good football throughout with their midfield maestro Aodh Dervin producing another terrific performance.

Longford enjoyed the greater share of the possession but the passing in the final third let them down on a few occasions. Athlone had chances but couldn’t find a way past Lee Steacy with the Town keeper pulling off a fantastic save in the 6th minute to deny former Longford player Kealan Dillon.