Longford Town looking for win away to much improved Athlone 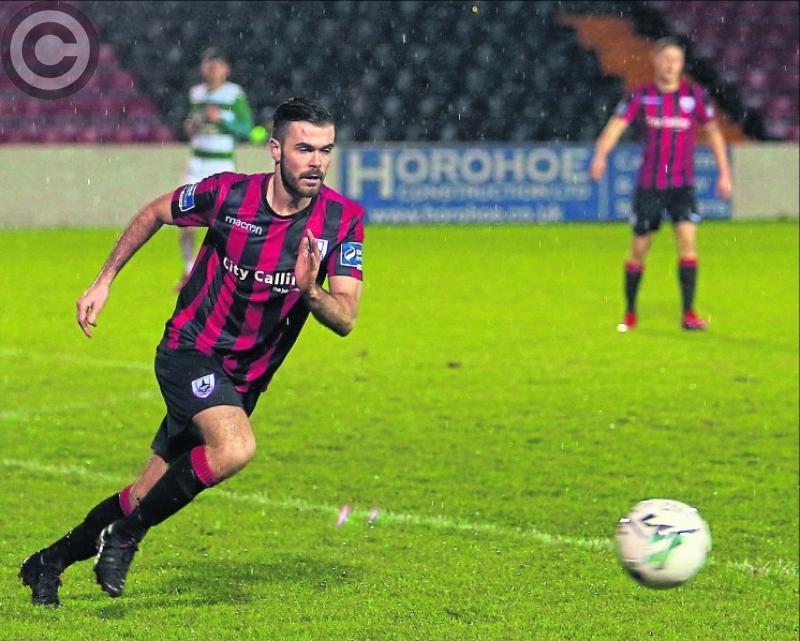 After having no game last weekend due to the awful weather conditions which forced the postponement of the home fixture against Galway United, the Town will be looking for a win away to Athlone this Friday night, kick-off 7.45pm.

It is going to be a tough task at the Athlone Town Stadium as manager Terry Butler has really turned around our near neighbours from a team that could not get a win last season to a team that would have to be considered promotion hopefuls.

Last season it was a complete disaster for the league's oldest club as they failed to get one win from the 27 games played even  though they did get three points for a game that was awarded to them as the opposition played a player that wasn't eligible.

In fairness to manager Butler he has gone out and assembled a more than useful squad that are taking the First Division by storm. Of the current squad there are only a few players still with the club from last season. On Friday last Athlone travelled to Bray to play the unbeaten Wanderers side who had full points from three games played and no goals conceded.

Athlone produced a sterling performance at the Carlisle Grounds in front of over a thousand fans against Gary Cronin's title contenders.

The only goal of the game came in the 32nd minute and it  was scored by former Town player Aaron Brilly who is the Athlone captain.

Aaron made his senior debut for Longford in 2012 in Finn Park and he was captain of the Town’s under 19 team at that stage.

The Town lost that game one nil in what was Aaron's first move into senior football and he has done very well since with Cabinteely and Newry City in the Irish League.

This is Brilly’s second stint with Athlone and he is one of the club’s most consistent players. Aaron is one of many former Town players in the current Athlone squad.

Kealan Dillon is back with Athlone also while Rhys Gorman, Darren Meenan, Kaleem Simon and Cian Byrne are all playing for Terry Butler’s team after wearing the red and black of the Town in recent seasons.

The experienced Darren Meenan, who won three league winners medals with Dundalk, played for Longford last season and the man who started his career with Monaghan United has the experience to help out the younger players who have joined Athlone this season. Kaleem Simon and Rhys Gorman were very good players in the red and black and both have played elsewhere since leaving us.

Cian Byrne, who was a member of the Town squad, has also joined Athlone and he was on the bench last weekend in Bray.

Athlone have a very good keeper this season in Aaron Myles, who is a former Republic of Ireland under age goalkeeper who was on the books of  Nottingham Forest. By all accounts he is a keeper that can possibly go back to England but at the moment he is happy to be playing in Athlone.

The Athlone defence are an experienced outfit that includes former Bohemians player Lloyd Buckley and former Bohemians and Cabinteely defender Dean Casey in their improved defence this season. Gavin Kearney is the final part of the defence alongside Aaron Brilly. Former Shamrock Rovers under 19 player Kearney, who also played with Tolka Rovers and  St Mochtas in the Leinster Senior League, is by all accounts an outstanding prospect.

Another former Shamrock Rovers under 19 player Evan White is in the midfield alongside Kealan Dillon, Rhys Gorman and Darren Meenan. Up front Athlone have Shamrock Rovers loanee Dean Williams and he could be partnered by Kaleem Simon who was a very popular player during his time with the Town.

The Athlone bench is fairly strong also as it includes midfielder/striker Evan Pierce who was with West Bromwich Albion for three years.

Former Wexford and Drogheda player Shane Dunne is a decent midfielder while another Wexford player Dean George was on the bench last week.

At the moment Athlone Town are joint top of the table with leading promotion contenders, Bray Wanderers and Shelbourne.

To date Athlone have defeated Wexford, Cobh and Bray Wanderers. In their opening game of the season they beat Wexford at home on a 4-2 scoreline. Kaleem Simon with two goals and one each from Dean Williams and Kealan Dillon gave Butler's side a great start.

In their second game of the season away to Cobh Ramblers a solitary goal in the 41st minute from Williams was enough to gain three points.

The next game was at home to Shelborne and they lost the game 2-0. Goals from Brennan and Kilduff  gave Shels the points against ten man Athlone who had defender Grogan sent off on the hour mark.

Last weekend's victory in the Carlisle grounds was the victory of the year to date in the First Division and it keeps the team chasing the big prize – promotion.

Longford and Athlone met on three occasions last year in the League and the Town won two and drew one of the fixtures.

The first game between the clubs was at City Calling Stadium and we won 5-1 despite going a goal down in the first minute. Striker Rory McCullough gave the visitors the lead after a mistake by Mick McDonnell in the centre of the Town defence.

The Town were in full control after the early setback and it was a surprise that they didn't equalise until the 20th minute when a fine Shane Elworthy cross was headed to the net by Chris Mulhall.

Dean Byrne scored twice before the break to give the Town a 3-1 lead.

Aaron Brilly is the only current Athlone player that featured in that game who will be playing against us on Friday next.

The second meeting between the clubs was at Athlone Town Stadium in late May and the game ended 1-1.The home side took the lead after 21 minutes when a well worked set piece set up saw Aaron Brilly blast the ball past Jack Brady in the Town goal.

After this setback the Town were in complete control but couldn't break down a stubborn Athlone defence that had keeper Darcy Lawless in superb form.

The Town equalised around the hour mark and Chris Mulhall was the goalscorer but the Town striker saw red in the final minutes of the game when he was sent off for no apparent reason by a very poor referee from the Irish FA.

That result was very embarrassing for Neale Fenn and his team who were in complete control for most of the game.

The final match between the clubs last season was played in early August in  City Calling Stadium and once again the Town were in complete control with a three nil victory.

With the Town still chasing a play-off spot the pressure was on Neale Fenn and his team and they needed to win to keep in the race. An OG from defender Baba Issaka gave the Town a one nil lead and local lad Aodh Dervin scored goal number two in the 40th minute.

Jamie Hollywood put the game out of Athlone's reach in the 54th minute and despite being in complete control the Town couldn't add to their goals tally.

Longford will have a different squad to play against on Friday as manager Butler has Athlone buzzing at the moment.

The Town are now four points behind joint leaders but have a game in hand after Saturday night's postponement of the game against Galway due to the condition of the pitch after all the rain.

Maybe the week off may get some of the injured players back to full fitness. The Town are now the only unbeaten team in the First Division after Athlone beat Bray last weekend and no doubt Neale Fenn will be hoping to extend that record this Friday night.