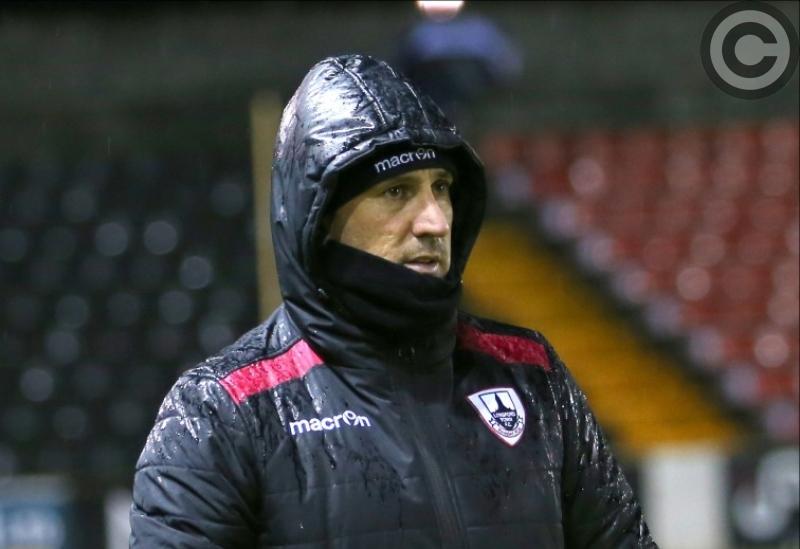 Longford Town extended their unbeaten run but had to settle for a draw against Cabinteely in the First Division clash at the Stradbrook grounds on Friday night.

Sam Verdon’s first half goal was cancelled out by Rob Manley’s equaliser for the home side in the second half.

Verdon broke the deadlock in the 13th minute, shooting to the net after great work by Dean Byrne. Anto Breslin won a corner and the ball eventually fell to Verdon who shot home from close range.

Longford Town could have scored again in the 23rd minute when Dean Zambra’s corner deflected off Cabinteely defender Conor Keeley but Zak O’Neill cleared the ball off the line.

Three minutes into the second half Dean Zambra’s corner came off the post as Cabinteely were fortunate not to fall further behind.

The Dublin club began to come more into the game as they pressed for the equaliser and went close in the 53rd minute.  Keith Dalton’s free-kick fell to Rob Manley but he was denied by Town keeper Lee Steacy who produced an excellent save.

Three minutes later Cabinteely scored to make it very interesting indeed. Alex Aspil burst through and played the ball out to Kieran ‘Marty’ Waters who passed back to Aspil whose shot hit the the crossbar but Rob Manley was on hand to fire home the rebound.

It was the first goal Longford Town conceded this season and brought the home side back into contention to gain a positive result.