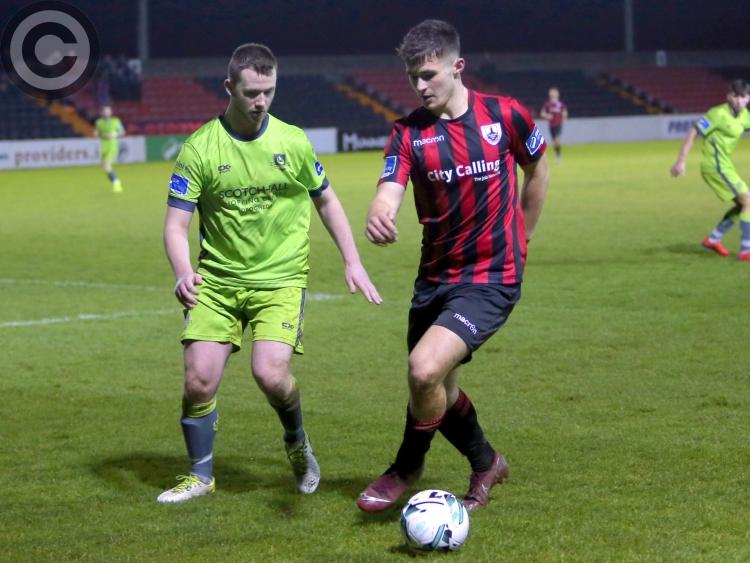 Fortunate not to be behind at the break with excellent keeper Lee Steacy making three point-blank saves to keep his net intact, Longford Town produced a powerful second half display to defeat Drogheda United at City Calling Stadium on Saturday night.

For the first time since the 2013 season, Longford succeeded in winning their opening home game of the season in the Airtricity League First Division and it was a great start for manager Neale Fenn who has assembled a talented side well capable of pushing for promotion.

The Town, who created a few decent chances in the first half, eventually broke the deadlock in the 62nd minute when Dean Byrne used his quick pace to fine effect in racing through  after capitalising on a costly Drogheda mistake and shot past the opposing keeper Paul Skinner.

The killer second goal materialised in the 83rd minute when Aaron Dobbs, always a threat up front, hit the target from a terrific header after connecting with a brilliant right wing cross from substitute Shane Elworthy who had just replaced the injured Karl Chambers.

Drogheda’s tale of woe was complete in the 91st minute when another substitute Peter Hopkins made his mark to score the third goal, keeping his composure to weave his way past Paul Skinner before slotting the ball into the empty net.