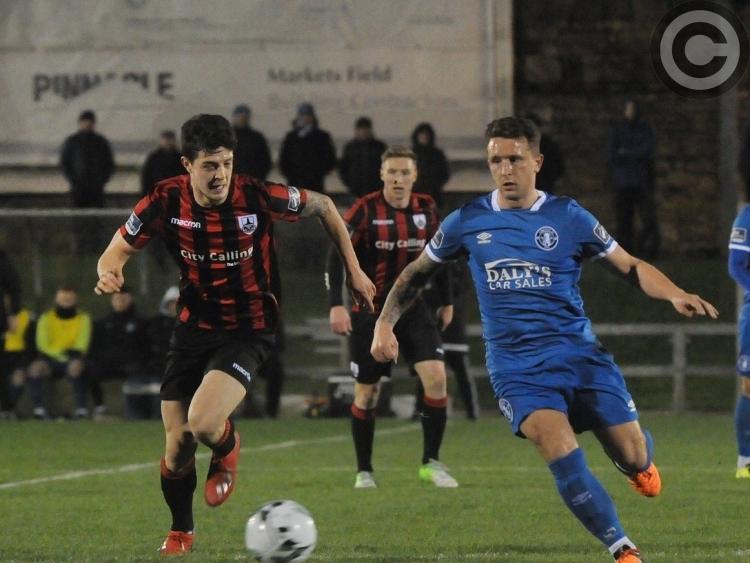 Longford Town had to settle for point in the scoreless draw against Limerick FC in the opening game of the 2019 First Division league season at the Markets Field on Friday night.

Neale Fenn’s side played with the advantage of the strong wind in the first half but were unable to find a way past the Limerick keeper Jack Brady, a former Longford player.

Brady tipped a powerful shot from new Town signing Adam Evans over the bar while Limerick wasted a great chance of breaking the deadlock in the second half when Karl O’Sullivan was through but shot into the sidenetting.

A brilliant move almost yielded a late winner for Longford in the 84th minute. Substitute Peter Hopkins set off on a penetrating run through the Limerick defence before playing the ball into the path of another replacement Dean Byrne.

The perfect cross from Byrne picked out Paul O’Conor and his header created a glorious opportunity for another new signing Aaron Dobbs to hit the target but he shot wide from close range.