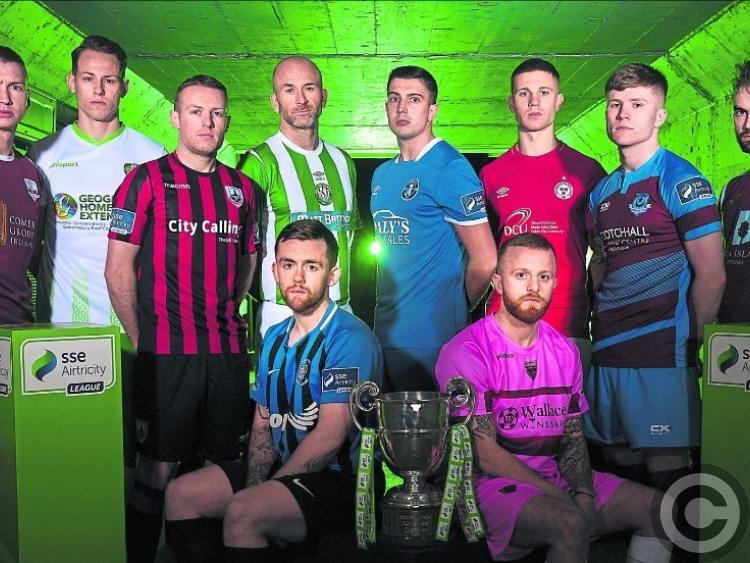 On this Friday night Longford Town open their 2019  League campaign when they travel to Limerick to play Tommy Barrett's new look side at the Markets Field, kick-off 7.45pm.

Around this time last year Neil McDonald, who was the then manager of Limerick, decided to leave the club to move to Scunthorpe to take over the assistant manager's job and that left Limerick owner Pat O'Sullivan in an awful position.

Pat, who had financed the club for many seasons, had also lost previous manager Martin Russell during the previous season. Pat decided to keep the position local and he handed the club's under 19 boss Tommy Barrett the job.

A former player, Tommy had recently put together a fine under 19 side and this year's squad will include many promising youngsters from the locality.

Limerick still have a lot of experience in a defence that includes Shane Treacy, Shaun Kelly and Robbie Williams. These three experienced players and Killian Brouder who is one of the upcoming stars in the area form a very decent defence and the goalkeeping position is between two young lads. Tommy Holland, who got lots of experience last year, and Jack Brady who previously played with the Town where he was a very popular with the Town supporters.

Sean Russell has returned to the club for his second stint and the former Town player will help the young lads Matthews, Hughes and Colm Walsh O'Loughlin to progress in what could be a testing year for the club. Russell played for quite a few clubs here and he also played in America with Atlanta City.

Up front Limerick have Kieran Hanlon who has a great eye for goal and he is another young lad who came through the youths ranks and he also played with the highly rated local club Pike Rovers who have been at the top in Junior football for many years.

Hanlon's strike partner Adam Foley is another product of the club's under age system. Karl O'Sullivan, Edmond O'Dwyer and the very highly rated Aaron Fitzgerald are all players waiting to make their mark in the Limerick midfield.

Limerick have a nice blend of youth and experience in this year's squad and manager Barrett will be hoping that the club can bounce back from the disappointment of relegation from the Premier Division last season.

Longford Town had their final warm up game on Saturday last when they travelled to Belfast to play Irish League side Cliftonville at their grounds Solitude.

Neale Fenn started the game with what could possibly be the team that could start on Friday night at the Markets Field.

The squad of twenty that travelled to Belfast were all fighting for their starting spot in the opening league game and one can see that manager Fenn has a stronger squad at his disposal than at this time last year.

Cliftonville are well into their season up north and they are in a very good position in the top half of the Premier League. They showed that they are a very good footballing side and they dominated for long periods in the first half and went in at the interval two nil in front.

Joe Gormley took his goal very well and the second came from Rory Donnelly, the result of bad defending. Managher Fenn made many changes in the second half and the fresh legs put the home side under pressure. The Town got a goal back from a corner that was expertly finished by one of the Town's new signings Aaron Dobbs.

With a bit of luck the Town could have got a draw but wastefulness in front of goal meant that the home side won the friendly as manager Fenn put his final touches to his preseason preparations.

Peter Hopkins, who was injured recently, was on the bench and came on at half-time and did well which will be great news for Neale Fenn. The Town's most recent signing Sean Brennan, who is on loan from Southampton, came on as a second half substitute and we can expect great things from this young midfielder.

Another injured player Jamie Hollywood was on the bench but wasn't used. At this stage the only player missing from the squad were defender Kevin Knight and midfielder Carlton Ubaezuonu and manager Fenn is hoping that they will also come into contention for a start in the team.

Neale Fenn has assembled a very useful squad despite losing Daniel O'Reilly and Sam Verdon to Finn Harps, Dylan McGlade to Bray Wanderers and Michael Kelly who has gone to England.

Striker Aaron Dobbs could end up as the Town's leading scorer  this year if he reaches his real potential as he scored some vital goals for Wexford last season when on loan from Shamrock Rovers.

Manager Fenn has done very well in the signings he has brought in but let's hope that the big injury jinx that the club had to endure last season doesn't happen this year. The return to fitness of Dean Byrne is like a new signing and we can expect him and Jamie Hollywood to get vital goals in the forthcoming season.

It's great to see Patrick O'Sullivan, Eoin O'Neill and Tumelo Tlou also in the squad which is nice for the future of the club. The fact that players are coming through from our underage teams means more local input into the team.

Shelbourne, Bray Wanderers, Drogheda, Athlone and Galway have all added to their squads means that this will be a very competitive First Division and hopefully the Town will start off with a victory away to Limerick on Friday.