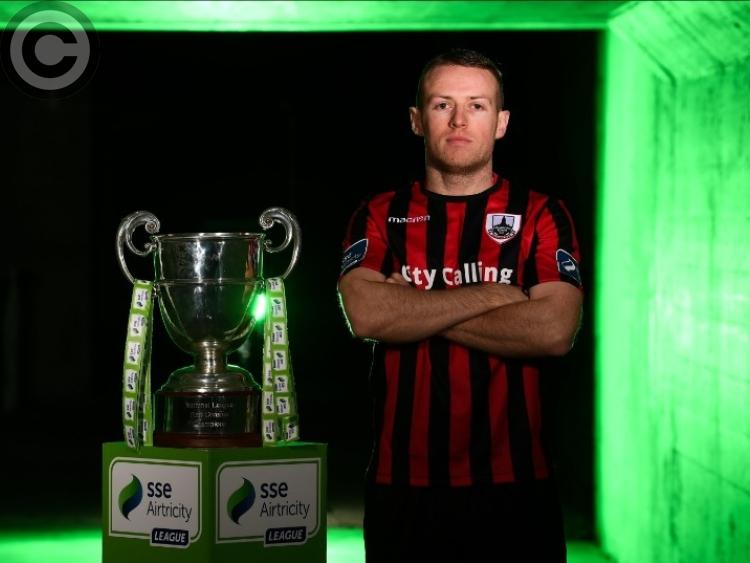 Longford Town captain Dean Zambra believes the experienced new players that have joined the club will make a difference this season as the midlanders hope to push for promotion back to the Premier Division.

Conor Kenna and Paul O’Conor are two of the new players that have joined the club and Zambra said:  “That’s where we lacked a little bit last year. We didn’t have a core or a spine of experienced players which Neale has tried to address in the off season.

“I think the age profile has raised a little bit. I think we are stronger all over; a blend of youth and experience.”

With most clubs in the First Division strengthening Zambra admits that the league will be very competitive this season and is expecting a stern test every week.

“I expect it to be very competitive. Everybody has added to their squads and seem to be a little bit stronger than last year; which was also competitive. We are expecting tough games every week.”

Now preparing for his third season with the club the midfielder feels that Longford have assembled a good squad and the aim is promotion.

“I think the squad is looking in fine shape and it’s set up to go and have a good season.

“We are just looking forward to the first game against Limerick and get going. We know as a group we need to do better and try and get ourselves promoted into the Premier Division.”

Longford Town narrowly missed out on a play-off spot last year and their inconsistency proved costly; dropping vital points in games they should have won.

“We beat UCD, Finn Harps; all the other teams at certain points of the season and then let ourselves down at other times where we dropped valuable points at home. If we can tighten up and and get maximum points in most of the games we should then be closer to our goal - getting promoted,” stated Zambra.

Another problem Longford Town had to endure last season was not being able to put away the chances they created. The Town captain is hoping that the hard work they have done in pre-season will pay off when the league starts.

“We got goals in dribs and drabs from different areas. This year we have focussed on trying to get more from our strikers and more chipping in from our midfielders.

“Overall we are looking to score more goals but definitely to get a couple of players into the 10/15 goals bracket which is hugely beneficial if you want to do well in the league. A target of mine is to add a couple more goals and to be more influential in games.”

Zambra joked that his girlfriend, Irish International Stephanie Roche, has offered to show the lads how to score goals.

“She has mentioned it a few times that she could come in and help the lads with the clinical  finish. Maybe when she is finished playing she can come in and start doing a bit of coaching.”