Away to Limerick in Round 1 on Friday 22 February 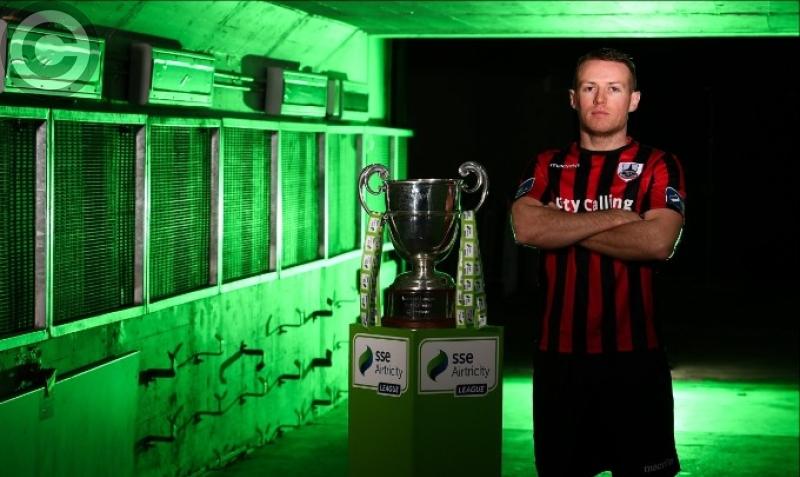 Representatives from each club were present at the Aviva Stadium on Tuesday as the 2019 SSE Airtricity League season was officially launched. Longford Town are away to Limerick in Round 1 of the First Division with a 7.45pm kick-off at the Markets Field on Friday 22 February.

Limerick were relegated from the Premier Division last season after losing the play-off over two legs against Finn Harps. In their first home league fixture Neale Fenn’s Town side take on Drogheda United at City Calling Stadium on Saturday 2 March, kick-off 7.30pm.

Last year proved to be another memorable season as Dundalk claimed an historic double by lifting the SSE Airtricity League title and the FAI Cup, beating fierce rivals Cork City, who finished second in the league and were beaten in the final. Derry City claimed the EA SPORTS Cup after they beat First Division side Cobh Ramblers in the final at the Brandywell Stadium.

Next season will see the return of UCD to the top flight after they lifted the SSE Airtricity League First Division title whilst Finn Harps bounced back after a thrilling play-off final victory over Limerick.

It is also set to be another crucial year for underage development as the SSE Airtricity National U-13 League has it's inaugural season in 2019. All SSE Airtricity League clubs will feature in the the league as well as Kildare & District Underage League, Kerry League, Mayo League and Monaghan/Cavan FP, with the league set to begin in April.

Bohemians look set to compete in the UEFA Youth League once again next season after they beat rivals Shamrock Rovers in the U-19 Final and whilst Finn Harps were crowned U-17 Champions. In its first full season, St. Patrick's Athletic claimed an historic league and cup double in the National U-15 League.

The 2019 season promises to be just as entertaining and everyone is looking forward to the action kicking off this Friday, February 15 with the Champions Dundalk set to entertain Liam Buckley's new-look Sligo Rovers live on RTE 2.

RTE's coverage of the league will be significantly enhanced in the 2019 season thanks to their new match-night highlights from every Premier Division match with eirSport set to announce their live match package tomorrow.

Fran Gavin, FAI Director of Competitions, believes the future is hugely encouraging for the SSE Airtricity League and believes 2019 will be one of the most entertaining seasons in recent years.

"With so much change around the league in both the Premier and First Division, I believe we're set for one of the most intriguing seasons to date." said Gavin.

"Dundalk had a fantastic campaign in 2018, clinching a fantastic double after one of the best FAI Cup finals in recent memory with over 30,000 at the Aviva Stadium. But, with so many clubs strengthening throughout the division, the pressure is on once again going into 2019.

"There is so much to be excited about, none more so than our new National U-13 League which is set to get underway in April. We've seen fantastic success throughout our under-age sections and with the introduction of the National U-13 League, the elite player pathway will be strengthened once again.

"The youth development fund will continue to help clubs fund this progress, after its introduction last season. We're currently seeing fantastic progress with projects at Finn Park, Drogheda, Glanmire in Cork, Dalymount Stadium and Tallaght Stadium with facility development crucial to the future of the league.

"We're delighted to have the continued support of our key sponsors, SSE Airtricity, Irish Daily Mail and EA SPORTS. Clubs are beginning to utilise their strategic plans and we're seeing more longer-term contracts across the league which is fantastic. Attendances continued to grow last season and we're positive we will continue to get stronger in 2018."

Aine Plunkett, SSE Airtricity Lead Marketing Manager, said: "We’re proud to be Supporting Irish Football by sponsoring the League for the tenth year running. Our brand new creative campaign ‘Light Up Your Nights’ celebrates all that is brilliant and outstanding about the league – the players, the fans, the clubs and the local communities.And as sponsors of the SSE Airtricity League, we are proud to be a part of it.

“Nights of colour, passion and excitement. Where pre-match nerves are matched only by hotly debated post-match post-mortems. This is what the clubs in the SSE Airtricity League deliver for their fans, week in, week out.

"Our new communications platform - Light Up Your Nights – elevates this unrivalled sense of occasion. An occasion that encompasses the whole evening, with the match firmly as its centrepiece.

"It’s little wonder that the SSE Airtricity League continues to improve year on year, both on and off the field, and we’re very proud at SSE Airtricity to make a difference in Irish football.