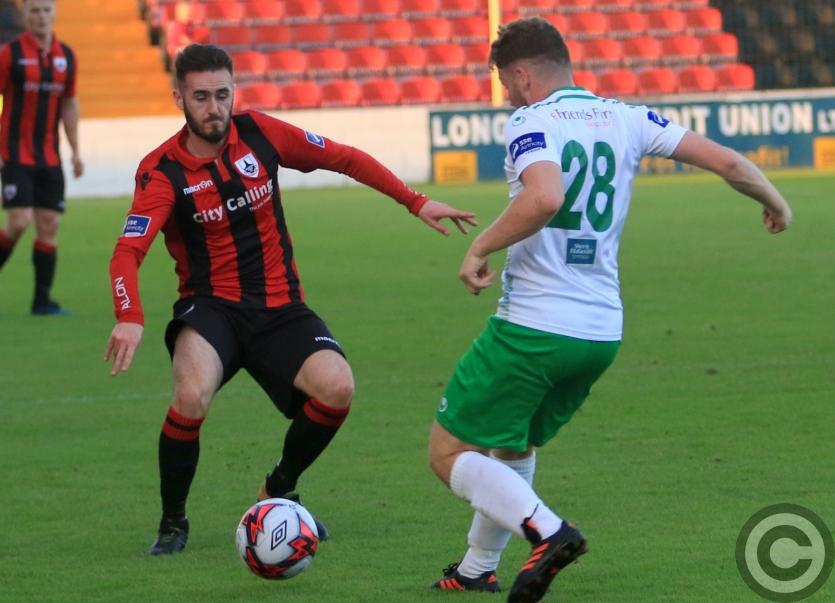 Cork, who won the League and Cup double last season, are at this stage chasing high flying Dundalk who look odds on to regain the League title as they lead second placed Cork by six points with only six games remaining.

With the League title slipping away there is no doubt that John Caulfield will put a big emphasis on retaining the FAI Cup.

Cork have been the Cup specialists for the last three seasons, having won the FAI Cup for the last two years while they lost to Dundalk in the previous season.

Last season the teams met at this stage of the competition and John Caulfield's team won 4-1. The game was played in front of an official crowd of 910 and the gulf in experience was evident from the kick-off.

The visitors took the lead in the 24th minute through Kieran Sadlier scored and soon after they doubled their advantage.

Shane Griffin set up Jimmy Keohane for a well executed goal and just before the half-time whistle  the visitors scored goal number three from a penalty converted by Karl Sheppard.

Defender Conor McCarthy set up Sheppard for Cork's fourth goal in the second half with Longford getting a consolation goal when a cross by Peter Hopkins was finished to the net by Limerick's Robbie Williams.

Looking at the starting lineup for the Town, there are a lot of changes since this time last year. Daniel O'Reilly, Tristan Noack-Hofmann, Dean Zambra, Peter Hopkins and substitute Karl Chambers are the only players who featured in the FAI Cup quarter-final last season.

The current Cork side were at home in the league last weekend against Sligo Rovers who travelled to Turners Cross more in hope rather than in confidence.

Cork took an early lead from an excellent Karl Sheppard strike in the 9th minute. Despite being in control for long periods they couldn't add to their scoreline and they would pay the price for poor finishing later on in suffering a surprise defeat.

David Cawley got Sligo back into the game with the equaliser in the 72nd minute and they scored the winner in the 85th minute through Raff Cretaro.  Cork will be gunning for a big victory on Friday night and we can expect a lot of early pressure from John Caulfield's side.

Longford Town played Cabinteely at home in the league on Saturday night last.

Three points was what the Town needed to leapfrog over Drogheda United and into the promotion play-off places.

Longford’s priority this year is promotion and this result puts us in with a chance of the play-offs with the forthcoming fixture against Drogheda being touted as the Town's most important game in years.

The man of the match and undoubtedly the First Division player of the year Dylan McGlade scored a hat-trick in the 4-1 win over Cabinteely.

One cannot see much changes in the starting lineup for this huge FAI Cup game but there will be one enforced absence from the team as central defender Daniel O'Reilly misses the game through suspension for five yellow cards.

This young Town team will have no fears against a Cork side that has been strengthened this season by the arrivals of Damien Delaney in defence and Graham Cummins in attack. The Cork bench against Sligo included big names like Ronan Coughlan, Jimmy Keohane, Kieran Sadlier and former Town player Josh O'Hanlon.

There is going to be a big home crowd at this game and we ask all our supporters to come along with your colours, flags etc to cheer on Longford Town in their bid to spring a shock against Cork City.