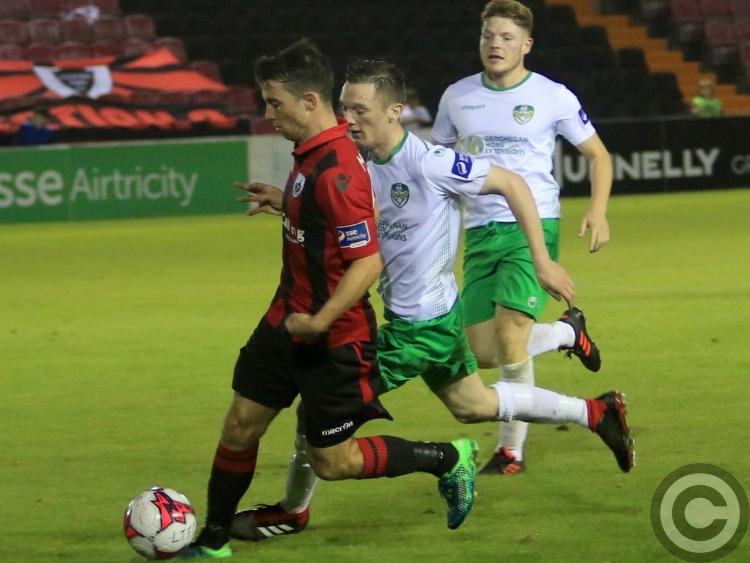 Longford Town’s wing wizard Dylan McGlade weaved his magic as Longford Town recorded a vital win over Cabinteely at City Calling Stadium on Saturday night which moves them up to fourth in the table and into the First Division promotion play-off places.

McGlade left it late to complete his hat-trick with two goals coming in stoppage time but they were as special as the player himself. Karl Chambers scored the opening goal for the home side in the 33rd minute.

Two minutes from the break the Town doubled their advantage with a fantastic goal; Peter Hopkins played a perfect pass to McGlade who from a tight angle struck the ball past Cabinteely keeper McGuinness and it was no more than Longford deserved.

With just two games left to play in the league Longford’s destiny is still very much in their hands. Their next league game is on Friday 14th September away to Drogheda United and a win there will secure a place in the promotion play-offs.