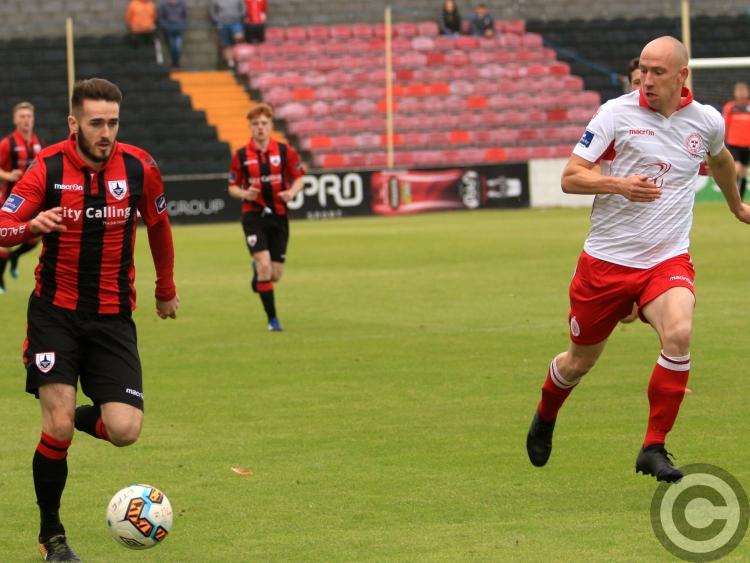 There is no doubt that the Town need to take full points in this game as they chase fourth placed Drogheda who also have a huge game at home this weekend as they play table toppers UCD at United Park.

After the games this weekend the Town play Drogheda at United Park on September 14 in the fierce battle for a place in the promotion play-offs.

Last weekend Cabinteely travelled to struggling Premier Division side Limerick in the FAI Cup and gave a very good account of themselves before losing 2-1 to Tommy Barrett’s side.

The First Division side gave their Premier Division opponents lots to worry about during the game but when Conor Ellis gave the home side the lead just before the half hour mark the difference between the two divisions started to show.

Cabinteely were creating chances but in the 57th minute they were hit with the killer blow. Conor Ellis the first goalscorer was the provider on this occasion when his inch perfect cross was headed past Stephen McGuinness by Barry Maguire to settle the issue.

The game was in injury time when defender Kevin Knight scored what would turn out to be a consolation goal for Cabinteely after a scramble in the Limerick defence.

Cabinteely really have not a lot to play for except pride in their final three league games but knowing their manager Pat Devlin he will be coming to Longford looking for the win.

The Town have played Cabinteely twice this season and its honours even between the clubs. The first game was played in City Calling Stadium in early April with the Town winning 3-0 but the game wasn't as easy as the result would suggest.

The second meeting between the clubs was played at Stradbrook and that game was one to forget for the Town. The final scoreline was 1-0 to the home side as Longford produced a poor performance.

There were a few incidents in the game that didn't go down too well with the Town management. The only goal of the game came from a disputed free-kick from a bad  refereeing decision.

There is no doubt that Saturday’s game will be a lot different and hopefully a different result also.

The Town had an excellent 2-0 victory over bogey team Shelbourne in the FAI Cup clash on Saturday night last at City Calling Stadium.

The Town went into the game minus the services of the injured Sam Verdon, Jamie Hollywood, Mick McDonnell and Dean Byrne but were strengthened by the return of both Shane Elworthy and Peter Hopkins who missed the victory over Galway at Eamon Deacy Park the previous week.

Not for the first time this season manager Neale Fenn had to reshuffle his defence. Mr versatility Karl Chambers had to slot into the left full spot with Tristan Noack-Hofmann moving into the centre alongside Daniel O'Reilly.

This was an exceptional performance and there were eleven stars on Saturday with everyone giving everything for the club and recent games have shown that the will to win is really back for the Town.

When the Town lost to Cabinteely back in June we had to do without the influence of Aodh Dervin who wasn't allowed to play due to the fact that he was doing his Leaving Cert. No doubt he will have a big influence in the game on Saturday against Pat Devlin's side.

When you looked at the Town bench on Saturday last you could see so much youth. The bench included reserve keeper Ben Kelly,  Evan O'Connor, Dean Dillon, Tumelo Tiou, Jackson Ryan and Warren Mitchell.

Since the 6-1 hammering against Shels in Tolka Park the Town have record four straight wins with victories over Athlone 3-0 in the League, the 1-0 victory over Sligo in the Cup; the amazing 4-1 victory over Galway (away) and the 2-0 victory over Shelbourne last weekend.

There's no place for complacency and the Town have to make sure of victory on Saturday next and keep the pressure on the teams above them in the league table.