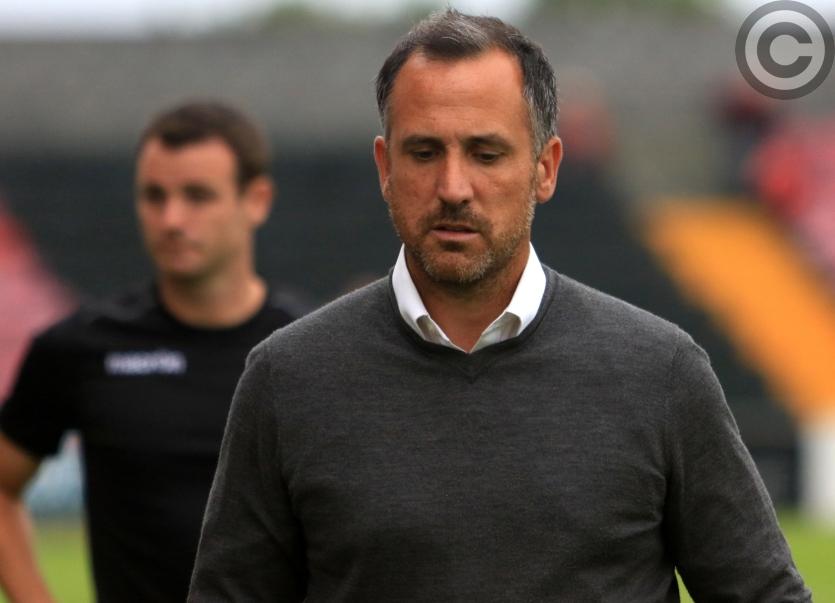 Longford Town suffered a shattering defeat against Shelbourne at Tolka Park on Friday night in slipping to sixth in the First Division table and four points adrift of the promotion play-off places with just five league games remaining.

Referee John McLoughlin made a few harsh decisions that infuriated Longford. In the build-up to Shels killer third goal the ball came off the match official McLoughlin and fell to Karl Moore who played a pass into former Town player David O’Sullivan and he made no mistake when put clean through.

The Town assistant manager Daire Doyle was sent to the stands after the goal for remonstrating while Jamie Doyle was shown a red card by the referee minutes later for dissent after a free-kick was given against him.

Karl Moore scored a hat-trick on his debut for Shels after the winger left Bohemians by mutual consent last week.

Shelbourne took the lead in the 32nd minute when Dave Mulcahy headed home Lorcan Fitzgerald’s cross but the Town got back on level terms in the 50th minute when Sam Verdon scrambled the ball over the line following a corner.

In the 66th minute Karl Moore got his first goal to put Shels back in front and soon after he turned provider for O’Sullivan to score in controversial circumstances..

In the 79th minute Moore was on target again, finishing to the net after linking up with John Ross Wilson and Jamie English.

Karl Moore completed his hat-trick in the 82nd minute, pouncing on the loose ball after a shot from English was blocked.

Longford’s tale of woe was complete when rampant Shels scored a sixth goal in the 86th minute; English converting a penalty after substitute Greg Moorehouse was taken down in the box.