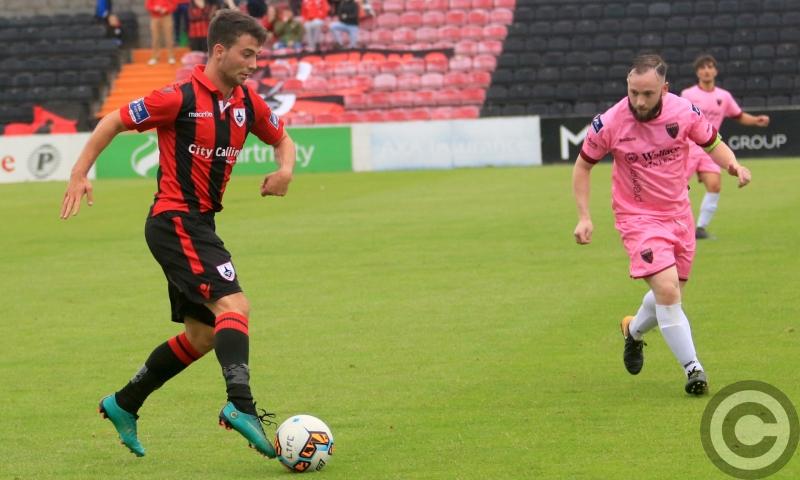 After losing their two previous league games and slipping out of the promotion play-off spots, Longford Town manager Neale Fenn was delighted to see his side get back to winning ways against Wexford FC at City Calling Stadium on Saturday night.

The Town were in sixth position in the table before the game but this result sees them move into fifth and are now just one point off Shelbourne in fourth place with the sides clashing on Friday night in a massive match at Tolka Park.

Fenn said: “We needed that win. We needed a good, solid home result. It was pleasing the fact we were not playing the best in the first half but we came out and showed a reaction in the second half. There could have been a few more goals in the second half. That’s the disappointing part, that we didn’t score more.”

It was a very poor first half with the Town going through the motions and not making Wexford keeper Corey Chambers work. They were a different side in the second half and within one minute of the restart took the lead through Dylan McGlade.

Defender Daniel O’Reilly doubled Longford’s advantage in the 59th minute while McGlade capped off another excellent individual performance to get his second and Town’s third goal in the 66th minute.