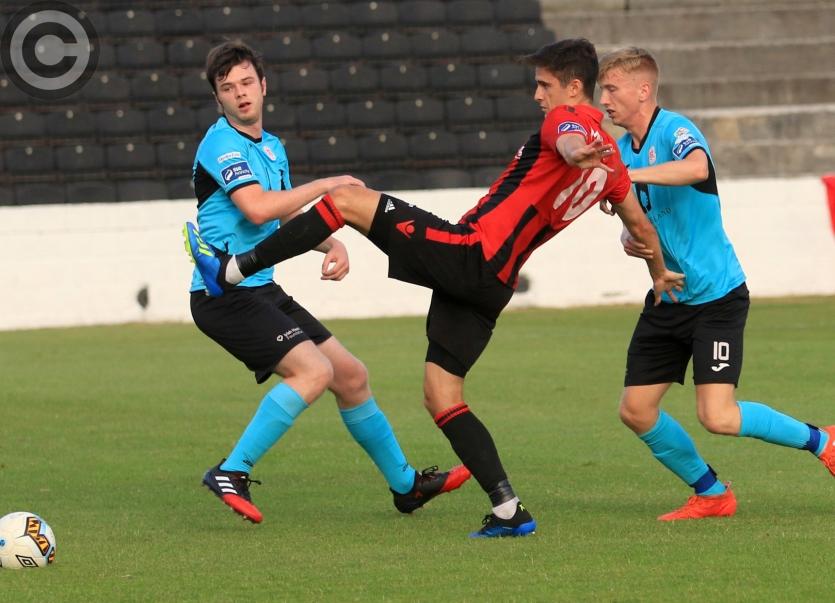 Longford Town face a very tough task this Friday night when they travel to Ballybofey to play a Finn Harps team (kick-off 8pm) who have moved into the promotion play-off positions after all the results went their way last weekend.

The biggest shock of the weekend was our own disastrous performance and result against Cobh Ramblers at a well attended game. Not for the first time this season the team have followed a good result with an equally poor performance.

The previous weekend the Town hammered the league leaders UCD at the Belfield Bowl but slipped up badly against Cobh at City Calling Stadium on Saturday night when we were expected to win.

It would be fair to say that nothing went right for the Town as a succession of misses in the first half meant that the team were in a real battle for the points in the second half.

Stephen Henderson’s tore up the form book and we couldn't get past their defence and we were caught by two sucker punches.

Cobh showed that a practically amatuer side are capable of causing an upset or two and the Town were on the receiving end of a surprise 2-1 defeat. With eight games remaining the squad will have to step up to the mark, starting on this Friday when another away win at Finn Park is crucial.

The Town had three new faces on the bench on Saturday last against Cobh as Neale Fenn has tried to strengthen his squad for the remaining games.

Young striker Dean Dillon has joined the club on loan from Shamrock Rovers, a club that are really producing some great young players. Dean came on as a second half sub against Cobh and the first team experience should do him the world of good.

The Town also signed another striker and one with a bit more experience than Dean.Jamie Doyle, who played against the Town this season for Shelbourne, has joined the club as Shels have signed Greg Moorhouse who was released by Sligo Rovers.

Jamie, who previously played for UCD and Bohemians, could be the answer up front but time will tell.

The third new face on the bench was centre half Warren Mitchell who has moved up from the under 19s while another new signing is experienced player Craig Walsh who is back with Longford Town for a second spell.

In a week that Aodh Dervin was handed a professional contract and Dylan McGlade received the player of the month award from Phil Pike, the club need to pick up full points in the upcoming games if they are to be in the running for the play off spots or the one automatic promotion spot on offer.

The fact is that this team have a habit of bouncing back after a poor performance and let’s hope that that is the situation on Friday night.

No doubt that Harps manager Ollie Horgan will still be seething over the 4-2 defeat inflicted by the Town on their last visit to Finn Park.

That performance was a vast difference from the home game back at the end of April when Harps snatched the three points with a 2-1 win.

Last weekend Harps travelled to United Park and won with a goal in the final minute from substitute John O'Flynn, a result that pushes Harps into joint second with Shels who drew with table toppers UCD at the Belfield Bowl.

Harps were the only winners in the top 5 and that has pushed them into a threatening position with eight games left.

This weekend there are a few interesting games with Drogheda hosting Shels which is a tough one for both sides. Cobh, after their victory in City Calling Stadium, have Galway United as visitors and Alan Murphy's side will be in a good mood after beating luckless Athlone at Eamon Deacy Park.

The other game in the Division has Cabinteely in action against basement club Athlone. Athlone picked up three points last week because Wexford fielded a suspended player against them while this weekend they play Cabinteely away.

It's all to play for at the moment and every team will be fighting for points during the remainder of the season in the so competitive First Division.

UCD still look like favourites for the title but the Town have shown that they can be beaten.