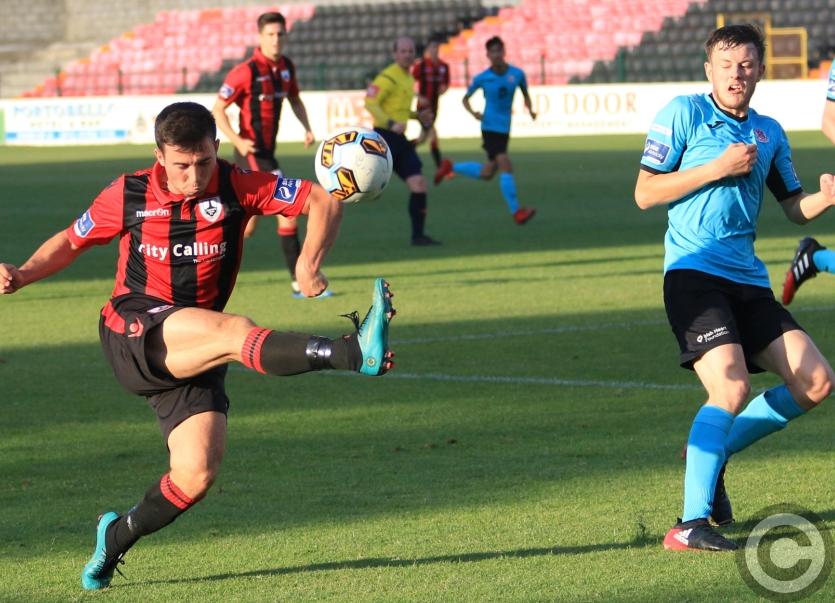 The problems that have blighted Longford Town all season were evident again at City Calling Stadium on Saturday night when they lost to Cobh Ramblers in a game they could have won.

The Town’s inability to create chances and then put them away as well as conceding poor goals cost them dearly as Cobh converted the chances that came their way.

For Longford Town manager Neale Fenn it was a case of deja-vu: “We seem to shoot ourselves in the foot every now and then. We concede goals from set pieces; it happened against Athlone, it happened against Cabinteely and as soon as you concede a goal to a team that is defending deep and are playing for a draw, it’s very difficult to break them down. It’s our own fault that we got nothing from the game against Cobh.”

Buoyed up by their terrific 5-1 win against UCD in their previous game another victory for Longford against Cobh would have seen them move up to joint second in the table. This disappointing defeat means they are now in fifth position, two points off Finn Harps who they play in a massive match in Ballybofey on Friday night in the fierce battle for the promotion play-off places.

Totally against the run of play Cobh took the lead in the 49th minute when a free-kick from the left wing was headed home by Denzil Fernandez and Ramblers could have doubled their advantage in the 74th minute but Aodh Dervin cleared the ball off the line.

The Town (featuring new signings Dean Dillon and Jamie Doyle in the squad against Cobh) levelled matters in the 80th minute when Daniel O’Reilly’s cross was headed to the net by Sam Verdon. As the Town pushed for a second goal they were caught on the counter attack with Stephen Christopher picking the ball up and allowed to go through unmarked before hitting a fine shot past Mick Kelly.

Fenn said: “I felt when we got the equaliser there was only one winner and we would go on and collect all three points. Again it was a soft goal; hitting us on the counter attack. We have to stop conceding goals like that.”