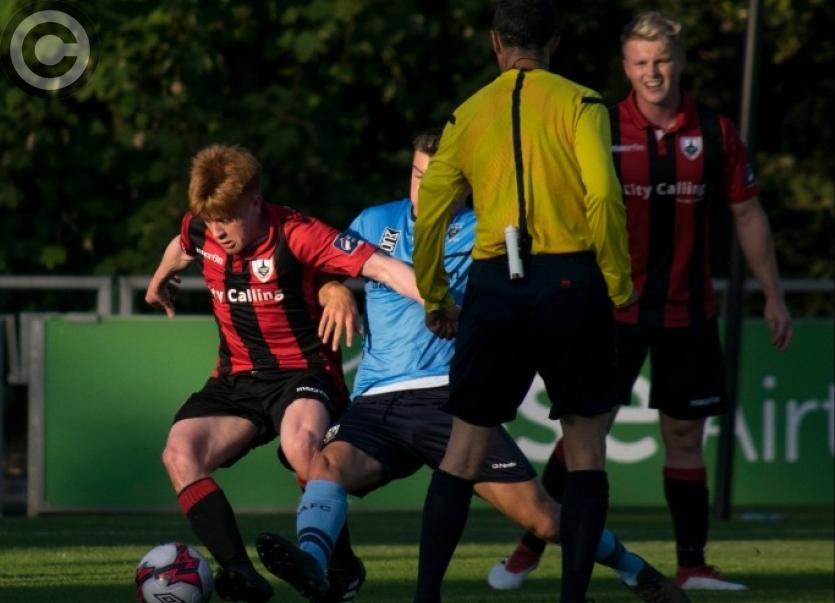 After the Town's outstanding performance against league leaders UCD at the Belfield Bowl last weekend a  large crowd is expected to come to City Calling Stadium this Saturday for the visit of Cobh Ramblers, kick-off 7.30pm.

The Town are really coming in to top form in recent weeks with the exception of the defeat at Cabinteely and the draw away to Athlone, a game that Longford should have won.

The Town were the talk of the country over the weekend with their 5-1 hammering of the league leaders UCD who had gone through the season unbeaten at home until last Friday's demolition job.

Longford Town travelled to the Belfield Bowl in a confident mood after the victory over Drogheda but fans who travelled on Friday didn't expect the performance that unfolded.

Manager Neale Fenn started the game with the same starting eleven that he fielded against Drogheda and from the kick off his young squad showed that they meant business.

The Town had a very large following at the game and no doubt that they were the extra man as in previous games this season.

Such is the form of the starting eleven is the fact that the experienced duo of Darren Meenan and Chris Mulhall had to be content with a place on the bench.

When you consider that Peter Hopkins, Alan Kehoe, Adam O'Connor, Dean Byrne and Cian Byrne are all out due to injury and the full panel of players with the exception of captain Dean Zambra, Chris Mulhall and Darren Meenan are all 23 or younger.

The news on players leaving  is that Evan Galvin and Shane O'Connor have departed the club but manager Fenn will be hoping to announce some new arrivals soon to bolster his squad as he chases UCD at the top of the table.

Last Friday night Cobh Ramblers travelled to United Park to play second in the table Drogheda United and by all accounts they were unlucky not to pick up a point as they lost 2-1 to the team that are unbeaten at home and still in second place.

The Town have played Cobh twice this season and the first game between the clubs was on the opening weekend at City Calling Stadium and the game ended 2-2 which was a disappointing result especially when you consider that we were 2-0 up at half-time.

The second meeting between the clubs was played at St Colman's Park. The Town won the game 1-0 with the only goal coming in the 25th minute from Sam Verdon.

A few days later the Town had to travel back to St Colman's Park for the EA Sports Cup midweek fixture and an understrength squad lost 2-0 to the Cork side.

There is no doubt that Saturday's game is a huge one for the club and despite their great victory over UCD last weekend the Town will want to be wary of this young Cobh side.