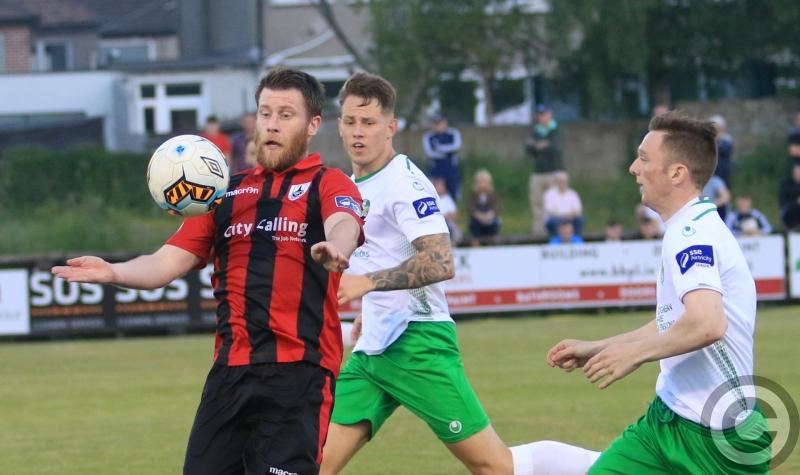 It was a frustrating experience for Longford Town on Friday night as their six match unbeaten run came to an end against Cabinteely at Stradbrook and yet again they ended the game with 10 men after the dismissal of Evan Galvin in the 90th minute.

Town manager Neale Fenn was disgruntled after watching his side fail to really trouble Cabinteely until the 90th minute. “I think we had 12 shots and did not  hit the target until the 90th minute. I am disappointed we didn’t get a win to be honest. Let’s face it if you are trying to get promoted and trying to get up to the higher end of the table you need to beat the teams below you for a start.”

There were too many players who underperformed on Friday night. The display was similar to the one against Athlone last month where they fell behind and had to get a late equaliser. They very nearly snatched a draw at the end of this game with Cabinteely keeper Stephen McGuinness pulling off a number of saves to keep his goal intact.

Fenn didn’t want to criticise his players too much after the game: “A bit more quality and we would have scored. I’m sure of that. It’s hard to knock the lads when they have  given everything over the last couple of games and done really well.”

The goal that won that game came from a disputed free-kick in the 31st minute and the ball  fell nicely to Cabinteely defender Kevin Knight who made no mistake from close range.

The absence of Aodh Dervin (who is doing his Leaving Cert) was notable and the talented youngster was sorely missed.