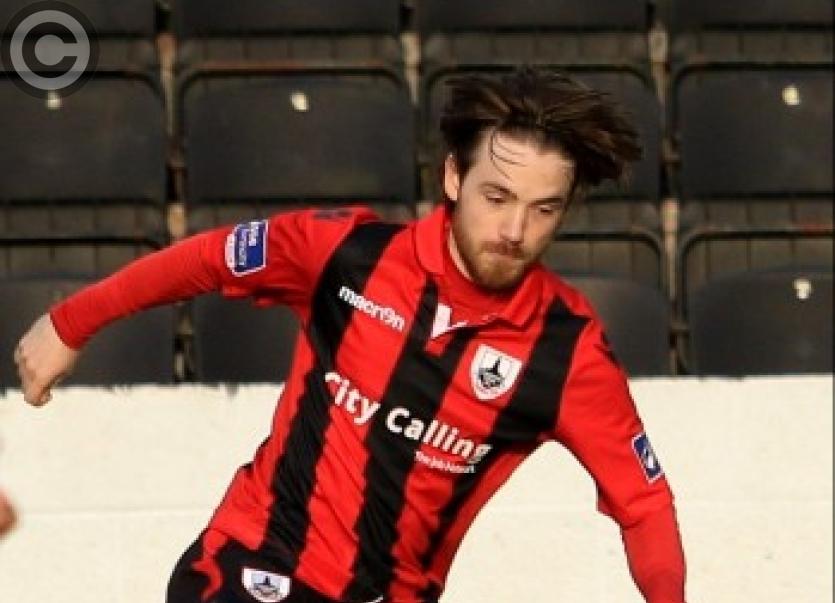 Dylan McGlade, who scored two goals for Longford Town in the 4-2 win over Finn Harps on the Bank Holiday Monday.

Longford Town made the long trip to Ballybofey on the Bank Holiday Monday in a confident frame of mind after beating Galway United the previous Friday night and were full value for the excellent win over Finn Harps.

This latest positive result for Neale Fenn’s side is a big boost for their promotion hopes and the manager will be hoping that the current good run continues away to Cabinteely on Friday night.

Postponed back at the beginning of March due to the very bad weather at that time, the Town got off to a brilliant start in the rearranged First Division fixture when 19-year-old midfielder Aodh Dervin volleyed the ball past Harps keeper Ciaran Gallagher with just four minutes gone on the clock.

Longford struck for a second goal on the half hour mark when Dylan McGlade raced through and while his shot was partially blocked by Gallagher the ball crossed the line to leave Harps with a real uphill battle.

The Town were most unlucky not to score a third goal in the 40th minute when a shot from Sam Verdon hit the post but Harps came storming back in the second half to level matters with goals from Paddy McCourt (penalty) and Mikey Place, the latter on target in the 56th minute.

The action quickly switched to the other end of the Finn Park pitch as a minute later Sam Verdon got his head to a Dean Byrne cross to put Longford back in front and a fourth goal in the 81st minute from the clean through Dylan McGlade (his second) made absolutely certain of the significant away win.

Finn Harps tale of woe was complete when Tommy McBride received a red card after getting involved in an off-the-ball incident right at the very end of this thrilling encounter.